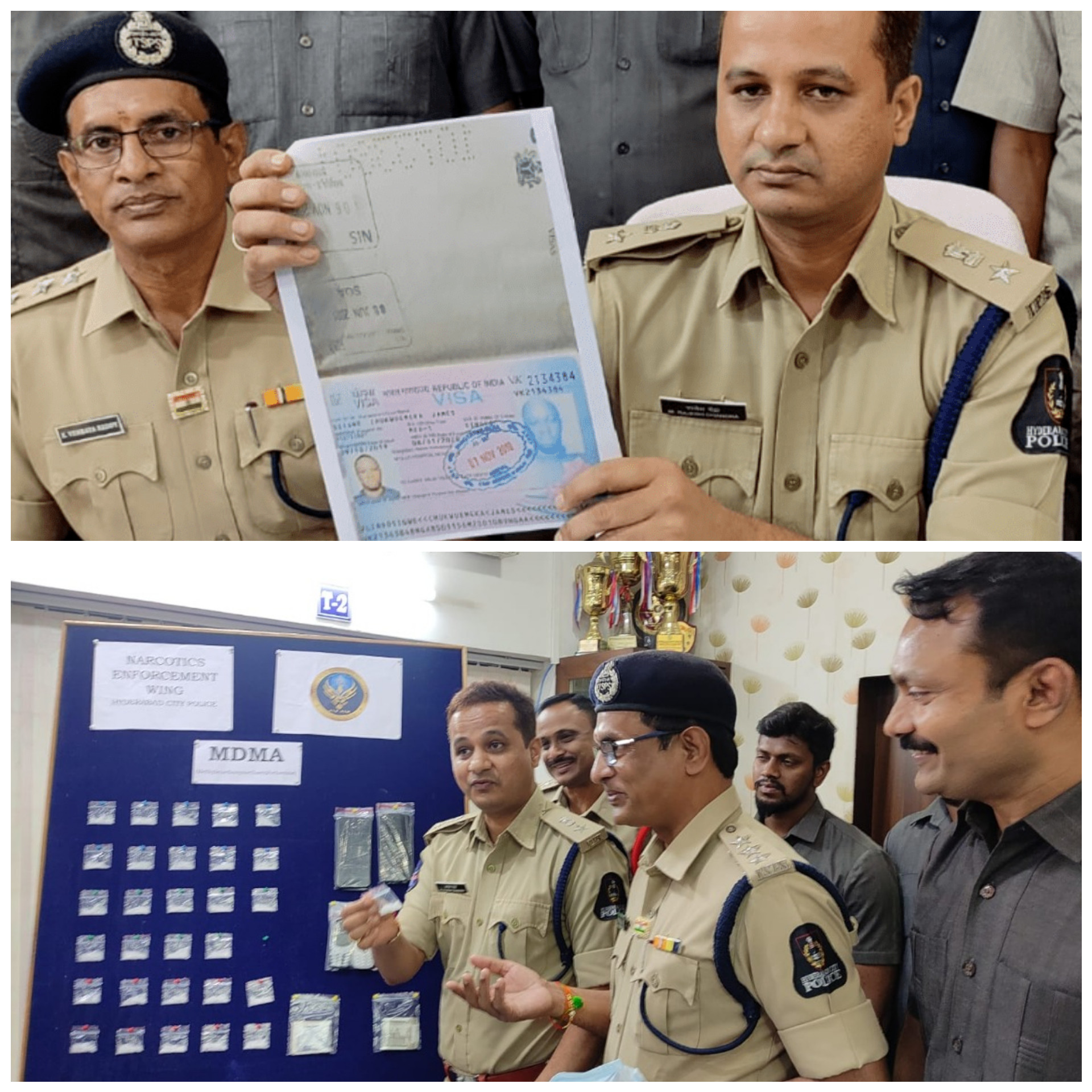 A suspected Nigerian drug trafficker has been arrested by sleuths of the Hyderabad Narcotic Enforcement Wing (H-NEW) along with Narayanguda police in India.

The suspect identified as Osigwe Chukwuemeka James, 37, was arrested for possession of 30 grams of MDMA at Niyaz Khana near King Koti Hospital under Narayanguda on Friday, August 12.

Police found that he was frequently visiting Goa, procuring the narcotic drug MDMA, and selling the same to needy consumers in Hyderabad to earn easy money.

The accused has been visiting India since 2013, police said.

Additional Deputy Commissioner of Police, Hyderabad-Narcotic Enforcement Wing (H-NEW), Sneha Mehra said the police so far identified 108 consumers, who were purchasing drugs from the accused. Investigations were on to identify other consumers.

The police investigation revealed that during this visit to India, the accused arrived on November 9, 2021, at Rajiv Gandhi International Airport, Hyderabad, using a fake passport with the name Alamanjo Nmasichukwu. The visa expired on April 6, 2022.

During earlier visits to India, the accused used his original passport with the name Osigwe Chukwuemeka James. In order to avoid police cases and whenever police catch him, he produces a fake passport.

During March 2022 he was arrested by Goa police under NDPS Act. He identified himself as Alamanjo Nmasichukwu by showing his fake passport.

Police also said he had created a WhatsApp group for customers.

“We found that the customers are mostly private employees, including engineers and students. Of the 108 clients, we have gathered details of 63,” the DCP said.

#BBNaija: Ilebaye has been evicted from Biggie’s house