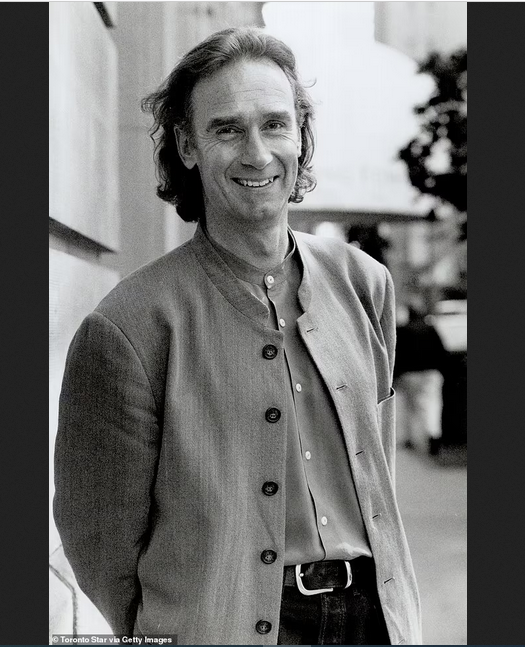 English author, Nicholas Evans, famed for writing The Horse Whisperer, has died at the age of 72 following a heart attack.

The best-selling author passed away suddenly on Tuesday, his agency confirmed today, August 15.

A statement released this morning said: ‘United Agents are very sad to announce the sudden death of the celebrated best-selling author Nicholas Evans who died suddenly on Tuesday this week following a heart attack, aged 72.’

The Horse Whisperer, published in 1995, sold around 15 million copies worldwide and was the number one bestseller in 20 countries.

The book was adapted for the big screen three years later by Hollywood star Robert Redford, who starred as the title character, with Scarlett Johansson playing young rider Grace MacLean in her breakout role.

Born in Worcestershire in 1950, he went on to study law at Oxford University before graduating with first-class honours.

He worked as a journalist at the Evening Chronicle in Newcastle before moving into television.

Evans produced films about US politics and the Middle East for current affairs show Weekend World.

By the 1980s he was at London Weekend Television, producing films on Sir Laurence Olivier, Francis Bacon, and David Hockney for The South Bank Show.

In September 2008 Mr. Evans nearly died after consuming poisonous mushrooms and had to have a kidney transplant, with his daughter donating the life-saving organ.

Nicholas Evans is survived by his wife Charlotte and their four children, Finlay, Lauren, Max and Harry.

”Man City star, Benjamin Mendy and his co-accused raped and sexually assaulted 13 young women because they thought could get away with it,” Prosecutors claim