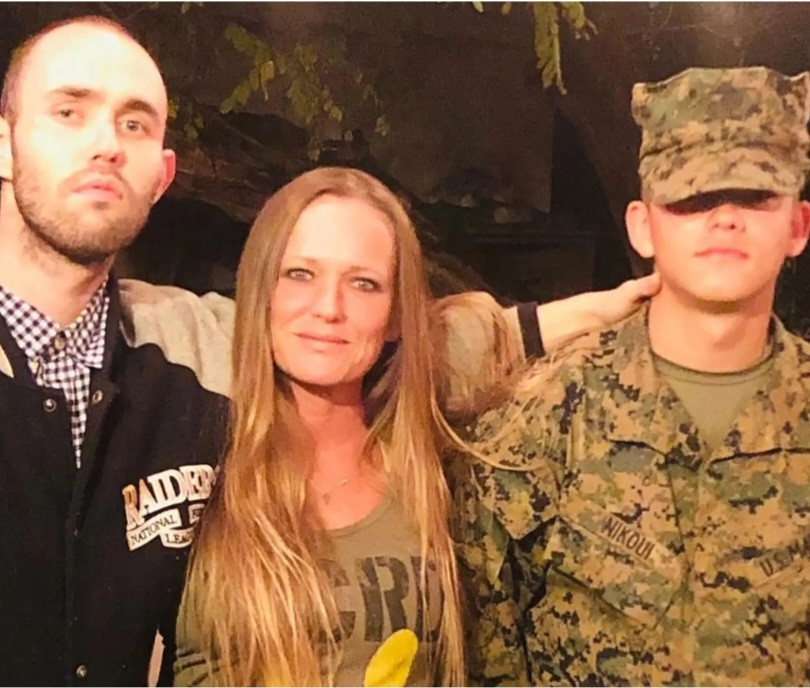 The brother of one of the Marines blown up by a suicide bomber last year when America exited Afghanistan has killed himself next to a public memorial of his younger sibling, his mom revealed.

Dakota Halverson, 28, died by suicide in California just days before the anniversary of the attack that killed his brother, Lance Cpl. Kareem Nikoui, 20, and a dozen other US troops at Kabul airport.

Before committing suicide last week, Dakota had “been talking a lot lately about how he just wants to be with Kareem, how much he misses him,” the men’s mother, Shana Chappell, told friends.

She added: “He was still having a hard time believing he was actually gone.

“He’d sneak into the cemetery at night and sleep on Kareem’s resting place. He took his life across from a permanent memorial we have here in town for his brother Kareem.”

Shana announced Dakota’s death on Facebook, writing: “This morning my son Dakota went to be with His brother Kareem,.”

In a follow-up post, the grieving mom blamed her latest loss on the “ripple effect” of the deadly US withdrawal, which she previously blamed on President “Biden’s negligence, ignorance and him being a traitor.”