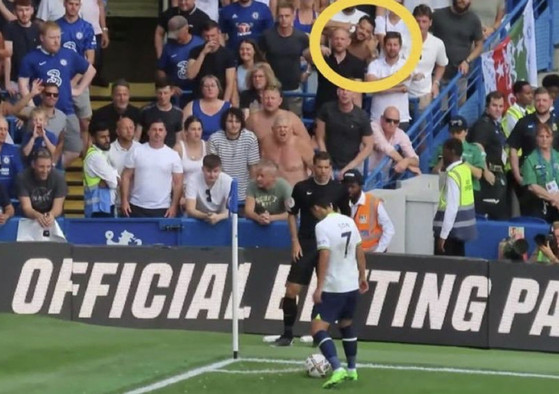 The South Korea international is alleged to have been abused by a member of the crowd during Sunday’s ill-tempered game, which ended 2-2.

“Chelsea Football Club finds any form of discriminatory behaviour totally abhorrent. It has no place at Chelsea or in any of our communities,” said a Chelsea statement.

“Chelsea FC has consistently made its zero-tolerance position on discriminatory behaviour very clear, yet there are still idiots like this that attach themselves to this club as so-called ‘fans’, which shames Chelsea FC, our coaches, players, staff and our true supporters.

“We are investigating this incident and, if identified, this individual will face the strongest action from the club.”

Instagram Influencer Cosmin Cernica claims he spends £10,000 a month on food because he can’t cook and hates smell of cooking in his home