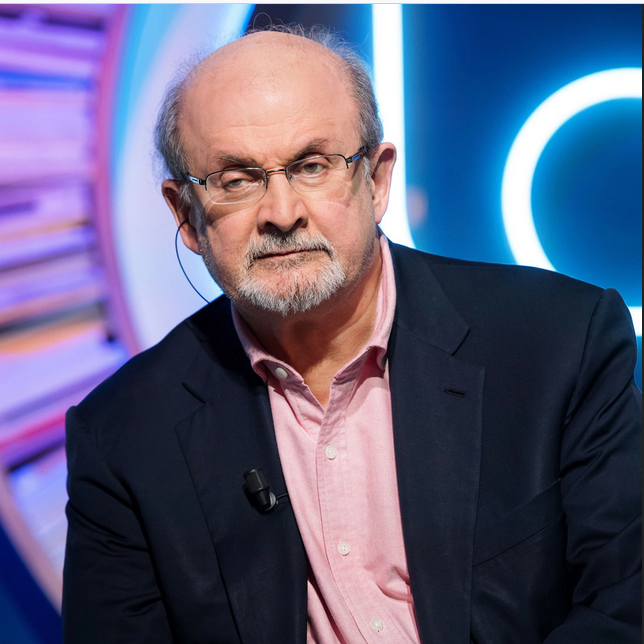 The Satanic Verses author, 75, had to undergo emergency surgery after Hadi Matar, 24, allegedly stabbed him multiple times as he took to the stage to give a lecture at the Chautauqua Institute.

Rushdie has been hospitalized with severe injuries, and may even lose an eye after the brutal attack in Chautauqua, New York, on Friday August 12.

Matar is scheduled to appear in court at 1 p.m. local time, the office of Chautauqua County District Attorney Jason Schmidt said in an email.

His defense attorney Nathaniel Barone said that a grand jury has indicted his client on one count of second-degree attempted murder and one count of assault in the second degree.

Schmidt’s office said that a grand jury returned an indictment on Thursday morning, but did not provide additional details.

He was remanded without bail and remains at Chautauqua County Jail, slamming Rushdie for ‘attacking Islam’ in an interview from a prison cell.

In an interview with the New York Post from the Chautauqua County Jail, Matar, from Fairvew, New Jersey, said that he was ‘surprised’ that the author survived.

”He’s someone who attacked Islam, he attacked their beliefs, the belief systems.’

Rushdie had suffered three stab wounds to the neck, four to the stomach, puncture wounds to his right eye and chest as well as a laceration on his right thigh.

When asked if he was inspired by Iranian leader Ayatollah Ruhollah Khomeini, who issued the fatwa against Rushdie in 1989, Matar wouldn’t say – claiming his lawyer told him not to speak on the issue.

He said: ‘I respect the Ayatollah. I think he’s a great person. That’s as far as I will say about that.’

Matar said that he was inspired to go to the lecture after seeing a tweet announcing Rushdie’s visit this year.

He denied that he had been in contact with Iran’s Revolutionary Guard, but admitted he had watched videos of Rushdie on YouTube.

Officials believe that Matar travelled from his home in Fairview, New Jersey, to Buffalo via bus and used a ridesharing app to reach Chautauqua the day before the attack.

He confirmed that he had taken a bus to Buffalo, before getting a Lyft to travel to the institute.

Matar said: ‘I saw a lot of lectures, I don’t like people who are disingenuous like that.

‘I was hanging around pretty much. Not doing anything in particular, just walking around. I was just outside the whole time.’

He added that the Chautauqua Institution was a ‘nice place’, and that he slept in the grass the night before the attack.

Matar has also complained about the food and conditions in the local jail, saying he is doing ‘alright’ but the food they have given him is ‘not allowed’ in his religion.

Zafar Rushdie, 42, confirmed that his father had been taken off a ventilator over the weekend and had managed to speak a few words.

Sources revealed on Monday that the author was awake and was helping investigators with the inquiries into the brutal attack.

But law enforcement sources have now revealed that the Booker-Prize winning author has been able to ‘articulate’ with investigators according to CNN.