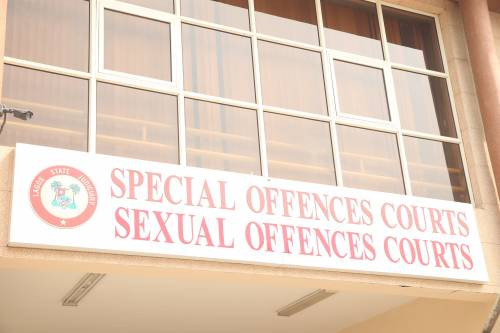 Justice Oluwatoyin Taiwo of a Lagos State Special Offences Court sitting in Ikeja has sentenced one Moses Joseph, to 37 years imprisonment for forcing a 13-year-old girl to suck his manhood and inserting his finger in her private parts.

The Lagos State Government arraigned Joseph on two counts of indecent treatment. The prosecution said the defendant committed the offence at his house on 25, Kadiri Street, Alausa, Ikeja, on September 17, 2021, around 11pm.

During the arraignment, counsel to the accused, Henry Obidinna, pleaded with the court to temper justice with mercy. Obidinna told court that the convict was the breadwinner of his family and his younger brother died of shock after he heard of Joseph’s arrest. He added that the incident had been kept away from his aged mother.

Asked if he had anything to tell the court, the convict pleaded for mercy.

Delivering judgment, the court held that the state proved its case against the defendant beyond any reasonable doubt. The judge held that from available evidence, the defendant was guilty of the crime.