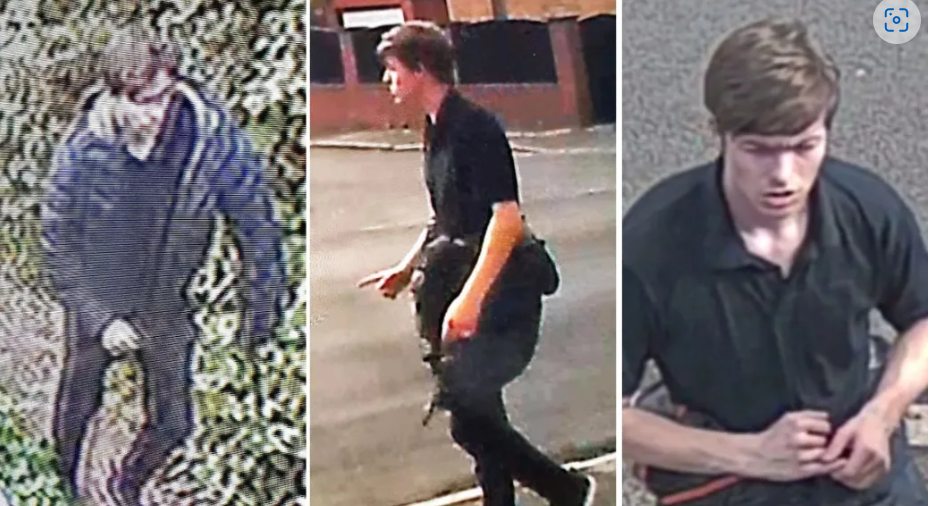 The police are currently hunting for a man in his 20s after a six-year-old girl was allegedly abducted and sexually assaulted in a van.

Three pictures of the man has been released after the youngster was allegedly snatched in Droylsden, Greater Manchester, at about 4pm on Wednesday before being left in woodland.

It was revealed that the girl was abducted by a man from Warne Avenue and taken to a wooded area, then the van where she was attacked before she was returned to the woods.

She managed to find her own way to a nearby park and was reunited with her family.

Officers last night arrested a 35-year-old man on suspicion of abduction and sexual assault. He was questioned before being released with no further action.

Greater Manchester Police are still hunting for a second man in his 20s, said to have been acting suspiciously in the area at the time of the incident.

Cops released two images of the man last night and a third one today, urging people to get in touch if they see him. The first image was captured moments after the reported abduction, while the second is from around 30 minutes later, police said.

The man appears to be wearing his jacket around his waist in Gainsborough Road as he heads towards The Snipe.

“I’d like to commend the victim for her immense bravery in assisting police officers with our investigation.

“She is receiving support from specialist officers and partners at this really distressing time.

“Extensive enquiries are ongoing with significant resources and I would like to reassure the community and, as a precautionary measure, we have extra police officers and PCSOs out on the streets.

“At this time it does appear to be an isolated incident, but I’ll stress again how keen we are to find the person responsible and bring them to justice as soon as we can.

“I would like to thank the public for all their support so far.

“We have had a large amount of calls and a number of names given to us, as well as new footage, some of which we have been able to release today.

“If you do know or see anything, please contact us as soon as you can.”