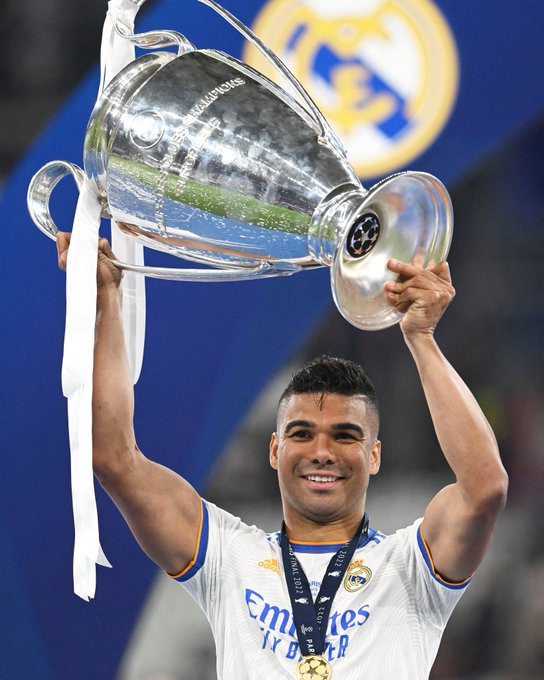 Real Madrid and Brazil midfielder Casemiro is set to undergo a medical on Friday, August 19 after agreeing a move to Manchester United on a long-term deal.

According to several reports in England and Spain, Real Madrid have agreed a £59m deal with United for the 30 year old with a further £10m in add-ons.

Casemiro reportedly informed Real Madrid of his desire to join United earlier on Thursday after emerging as a priority target for Erik ten Hag, who appears to have missed out on the signings of both Frenkie de Jong and Adrien Rabiot in recent weeks.

Casemiro will now undergo a medical on Friday and could even play in Monday’s crunch Premier League match against Liverpool, according to Marca.

It is said that Casemiro has been mulling over a lucrative offer from United for the last three days but has finally warmed to the idea of swapping Madrid for Manchester, with personal terms now agreed between player and club.

His arrival at Old Trafford would certainly solve one of the many problems facing Ten Hag over the course of this season, with the Dutchman eager to sign a new midfielder since taking charge at United earlier this summer.

Following planned fab protests at Old Trafford, the club has been linked with series of players in the last week to help curb the club’s malaise in the league where they sit bottom after two games with a minus 5 deficit.