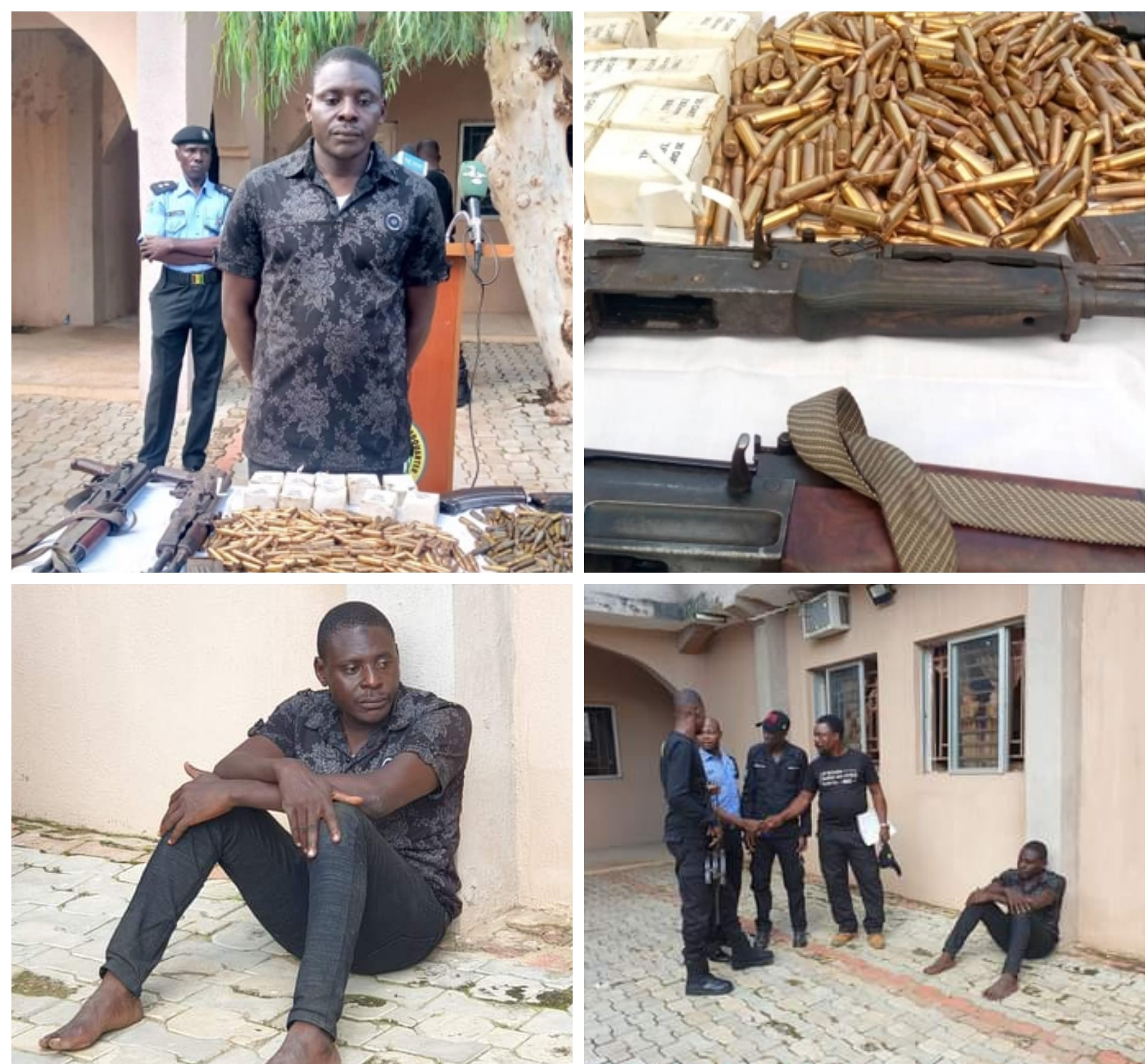 Operatives of the Zamfara State Police Command have arrested a former soldier who supplies arms to terrorists in Kaduna, Katsina, Niger, and Kebbi states.

The suspect, Sa’idu Lawal, a native of Zamfara State, voluntarily retired from the Nigerian Army in 2021 but has been supplying arms to bandits in the North West region.

The retired army corporal was arrested by troops along Kaduna- Abuja highway while on his way to supply weapons to a notorious bandit leader terrorising communities in Tsafe Local Government Area of Zamfara State, Dogo Hamza.

Addressing newsmen in Gusau, the Zamfara State capital, on Wednesday, August 31, spokesperson of the command, Mohammed Shehu, said the suspect was intercepted after the Police Tactical Squad and escort team attached to the commissioner of police in Zamfara State received actionable intelligence.

“One behalf of the Commissioner of Police Zamafra State Police Command, CP Kolo Yusuf psc, I welcome you to our Press Conference here in the police command headquarters Gusau, where we will parade a notorious kidnapper who specialises in armed robbery, kidnapping, gun running and other heinous crimes,” the PPRO stated.

“On 27th August 2022 at about 1730hrs, the Police Tactical/Escort Team attached to the Commissioner of Police Zamfara State Police Command, CP Kolo Yusuf acted on actionable intelligence that led to the arrest of the above-named suspect who was ex-service personnel of the Nigeria Army attached to 73 Battalion Janguza Army Barracks Kano,”

“The suspect was intercepted with a Pontiac Vibe vehicle with registration number KRD 686 CY Lagos, along Abuja – Kaduna enroute Zamfara State. A search was conducted on the spot and the above-mentioned exhibits were recovered in his possession

“In the course interrogation, the suspect confessed that he was to convey the said exhibits from Loko LGA of Nasarawa State to his customer one Dogo Hamza ‘M’ of Bacha village in Tsafe LGA of Zamfara State

“The suspect further confessed that he had previously supplied the same consignment to his other customers in Kaduna, Katsina, Niger, and Kebbi states respectively,”

Two AK-47 rifles, eight magazines, 501 live ammunition, and a Pontiac vehicle were recovered from him.

The police noted that a discreet investigation is in progress with a view to arresting his accomplices.

“I have tears in my eyes and Serena makes me feel..” Kemi Adetiba tears up as she wishes for Serena Williams ovation in America