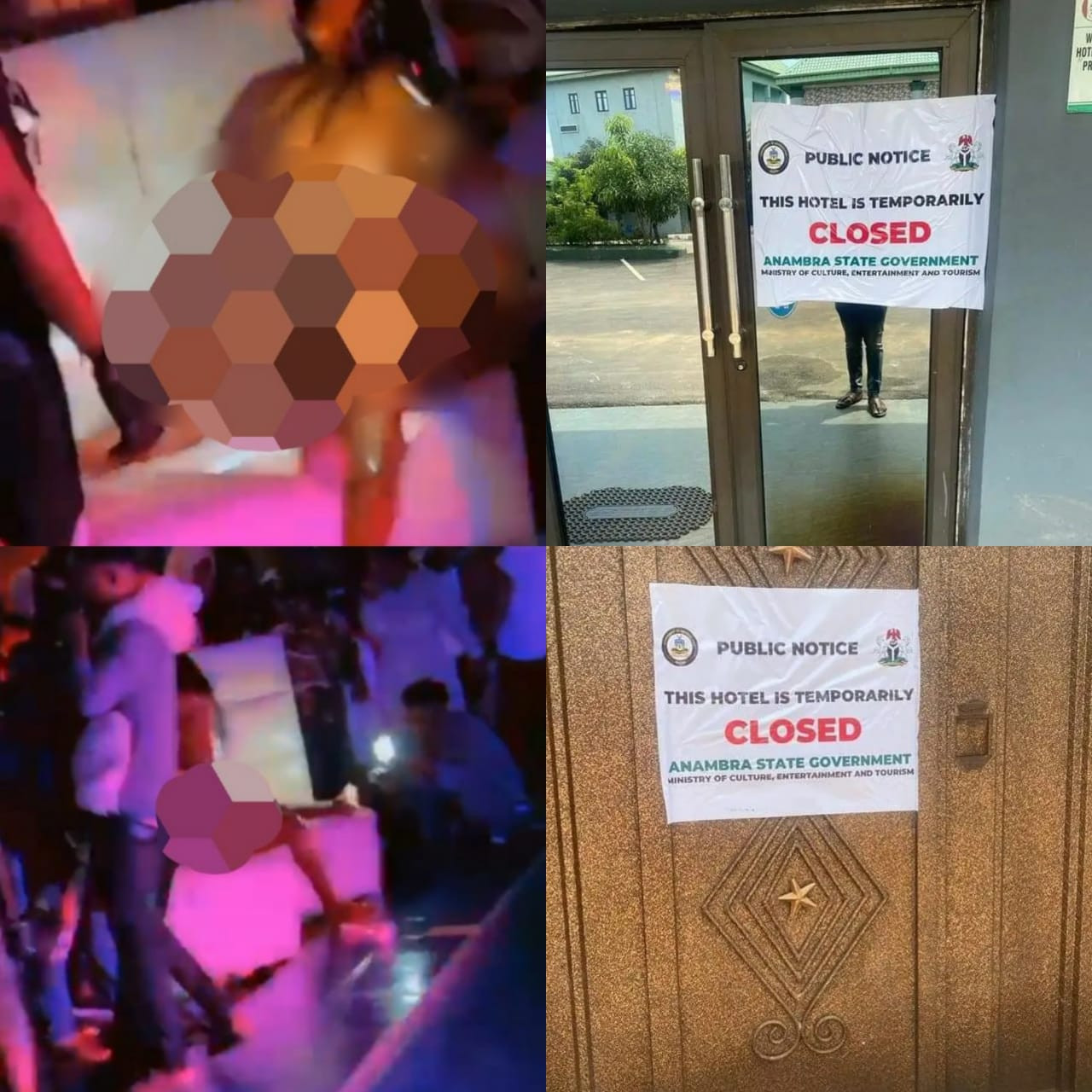 The Anambra government has suspended operations in a section of a hotel in Awka, Anambra State, where a sex party was allegedly held last weekend.

LIB had reported earlier that a sex party was held in the hotel. The party saw a male and a female openly having sex in the full glare of everyone in attendance. Read here.

Commissioner for Culture, Entertainment, and Tourism, Donatus Onyenji, who signed the seal order dated September 8, said the action was to enable government and security agencies to conduct further investigations on the matter. He explained that the action was in line with the Anambra State Tourism and Hospitality Law 2016.

”Our attention has been drawn to the social media video of live sex and pornographic content (sex party) conducted on Sep.3 at an open place in your hotel/facility.

This and other such indecent operational standard and unholy acts of public show of indecency must not be allowed in any hotel in Anambra.

Government of Anambra hereby directs the management of Wintess Garden Hotel to shut down operations pending further investigations and review of the application.” the statement read