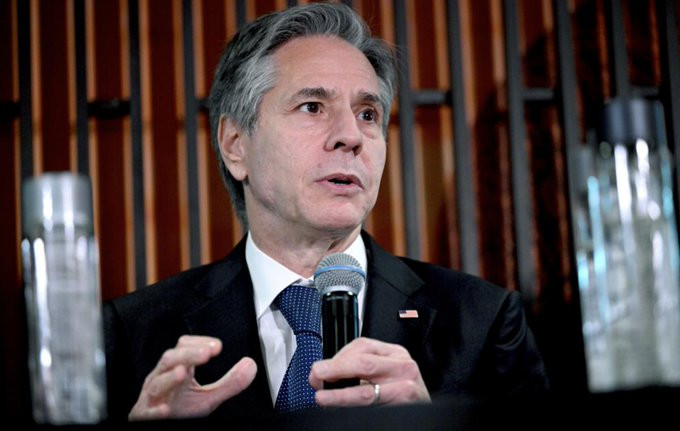 US Secretary of State, Antony Blinken made an unannounced visit to Kyiv Thursday, September 8, for meetings with Ukrainian officials as the country’s military presses to regain territory that Russia seized in the first six months of its invasion.

The trip to Ukraine is Blinken’s third since the start of the war on Feb. 24 and his fifth since becoming the Biden administration’s top diplomat, according to the State Department.

After arriving in Kyiv, Blinken met with U.S. Embassy staff and visited National Specialized Children’s Hospital Ohmatdyt, where he met with doctors, children who had come from eastern Ukraine and “Patron” the famous bomb-sniffing dog.

Blinken also met with Ukrainian Foreign Minister, Dmytro Kuleba and announced that the Biden administration plans to ask Congress to make another $2 billion available for long-term investments in security in Ukraine and neighboring countries, many of whom are in NATO and are at risk of future Russian aggression.

U.S. Secretary of State Antony Blinken made an unscheduled visit to Kyiv on Thursday as the Biden administration announced major new military aid worth more than $2 billion for Ukraine and other European countries threatened by Russia. https://t.co/Y9j7do9awj pic.twitter.com/8FhM8xLHrM