A video of some Nigerians paying tribute to the late British monarch, Queen Elizabeth II, at a party has gone viral and elicited reactions online.

The British Royal Family, on Thursday, announced the death of Queen Elizabeth II at the age of 96.

A statement from the Royal Family on Twitter said the monarch died peacefully on Thursday afternoon, September 8. 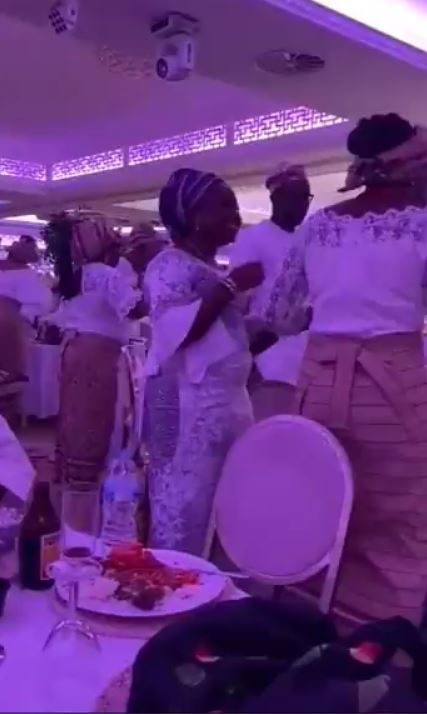 A video from a party said to have been held the same day the Queen’s death was announced, showed the moment a live-band mentioned the queen and her son’s name as a form of tribute.

In the video, the party guests were seen dancing as the performer sang, “Adieu Lizzy, Lizzy has gone to heaven. She gave birth to Charles and Andrew, as well as grandchildren and great grandchildren.”

A Twitter user who shared the video on the micro-blogging platform wrote, “Trust our people, the Yoruba’s started Queen Elizabeth’s burial ceremony the very day she died with Owambe”. @aymid_official, “My Tribe and party Wetin be this bayii??? Dem suppose investigate the person wey host this Party.” “She’s an overzealous fan” – Actor, Adeniyi Johnson apologizes to his wife, Seyi Edun, over a video with a lady that sparked rumors of an affair (Video)