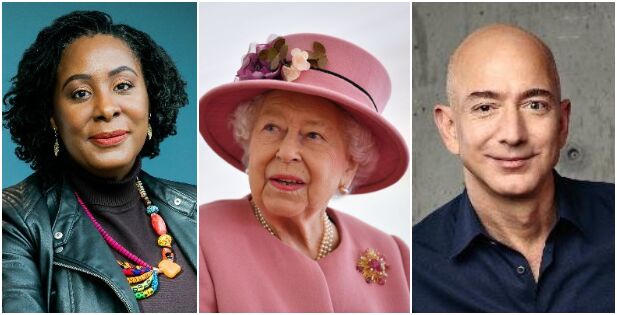 A Nigerian professor based in the United Kingdom caused an uproar on Twitter, Thursday night after she tweeted about Queen Elizabeth II.

Nigerian professor at Carnegie Mellon University, expressed her thoughts via a tweet on the passing of Queen Elizabeth II, saying she feels nothing but disdain for the British monarch.

She pointed to the nefarious role the late Monarch played during the Nigerian civil war that claimed the lives of over 2 million Nigerians, majorly of Igbo descent.

“If anyone expects me to express anything but disdain for the monarch who supervised a government that sponsored the genocide that massacred and displaced half my family and the consequences of which those alive today are still trying to overcome, you can keep wishing upon a star,” she said.

She alleged that the Queen Elizabeth-led monarchy provided the Nigerian government with weapons, supervised her ancestors’ killings, and starved children to death.

Many people called her out for her tweet, which they consider vile and offensive, with many asking her to blame Nigerian leaders instead.

Amazon founder and one of the richest men in the world, Jeff Bezos, also reacted to the tweet and said he expects better from a university professor.

“This is someone supposedly working to make the world better? I don’t think so. Wow,” he tweeted.

However, in another twist, many social media users have come for the head of the Amazon founder, saying he’s taking sides and doesn’t know Nigeria’s history.

Reactions: Sit This One Out, Jeff!

Twitter influencer Moe added her voice and took her stand with Uju Anya, saying, “What Jeff Bezos did was absolute trash. It is the audacity to think that he can contribute to this conversation and attack her. Wtf?”

One Michael Chiedoziem Chukwudera said Jeff Bezos, a man who hardly tweets at all, attacked Uju Anya because she sympathised with a group that raised the big dust on Amazon’s treatment of its employees.

Lauren Chanel said, “it’s INSANE that Jeff Bezos tweets with us. A billionaire who blatantly and violently exploits workers and feels comfortable trying to have a morality battle on the bird app?” while @Wagatwe said, “Jeff Bezos is okay with world hunger but criticizing a genocidal monarch is just going too far lmao.”

In a Facebook post, Nigeria’s Afrobeat singer, Seun Anikulapo Kuti, said he would always side with his ancestors and all indigenous people, seeking justice in this world.

In another interesting turn of events, Carnegie Mellon University dissociated itself from the tweet by Professor Uju Anya.

The University, via a statement on its official Twitter handle, said although it supports free speech, the comments by its faculty member, Uju Anya, do not represent the values of the institution nor the standard of discourse they intend to foster.

She has been all over the place ever since she got married. Advice her to slow down on the social media show off