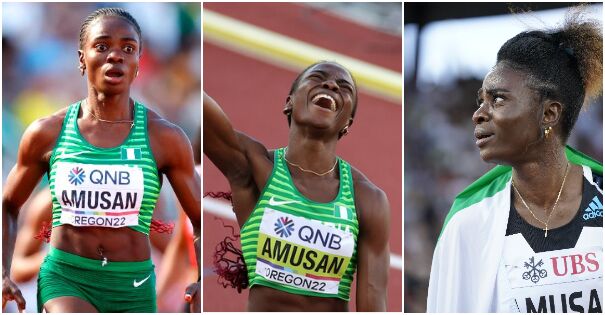 The new golden girl of Nigerian Athletics, Tobi Amusan, has put smiles on the faces of Nigerians again by winning another trophy.

She broke a 22-year-old meeting record that has been untouchable for many years when she clocked 12.29s on Thursday evening to defend the trophy she won last year.

In second place was America’s Tia Jones in 12.40s, and Jamaican, Britany Anderson finished in 3rd with a time of 12.42s.

Tobi Amusan adds this win to the gold medal she won a few months ago at the World Athletics Championship in Oregon and the 2022 Commonwealth games in the United Kingdom.

Recall that the 25-year-old Nigerian sprinter had set an African record when she won the Diamond League trophy last year with a time of 12.42 seconds.

She put up an outstanding performance to set a new World Record and win a Gold Medal at the World Athletics Championships 2022.

Amusan clinched the feat in the final with a record of 12.06 (+2.5 m/s) after she broke the world record of 12.12s in the semis of the eighteenth edition of the World Athletics Championships, in Eugene, Oregon, United States.