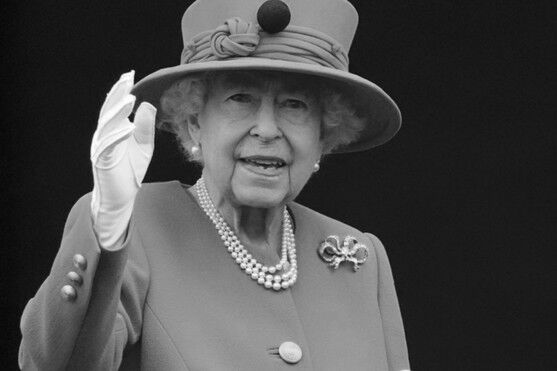 What does Operation London Bridge mean?

Whenever the phrase “Operation London Bridge” is mentioned, one may be inclined to think that it is a plan to resuscitate the popular London Bridge, located in the British capital. But when told that the phrase is associated with a funeral plan of an eminent person that gained the attention of the world for over 70 years, people may likely feel intrigued about such a plan.

“Operation London Bridge” is no ordinary funeral plan. It is the funeral arrangement of Queen Elizabeth II, Queen of the United Kingdom and other Commonwealth realms. The plan was activated in September 2022, following the death of the British queen.

Elizabeth Alexandra Mary Windsor, as she was known at her birth, died on 8 September 2022 at the age of 96 at Balmoral Castle, Scotland. She was the longest reigning monarch of the UK, having spent 70 years on the throne.

Following the death of Queen Elizabeth, Operation London Bridge is activated by the Royal Family, the British Government and other institutions of the state. The plan was first created in the 1960s and reviewed many times in the years before she passed on in 2022. The plan was reportedly updated three times a year at a meeting involving government department officials, the police, and broadcasters.

The plan entails the announcement of her death, the period of official mourning, and the details of her state funeral.

After the queen died on 8 September, Sir Edward Young, her Private Secretary and the senior operational member of the Royal Household, performed his role as the principal channel of communication between the monarch and the government by conveying the death of her demise to the British Prime Minister. The message that Young would have likely sent to Liz Truss, the UK Prime Minister, over a secured telephone line would be the code phrase “London Bridge is down”. This phrase is used to prevent the news from being hastily revealed to the media.

After the Prime Minister was informed, the Cabinet Secretary (Simon Case) conveyed the news of the Queen’s demise to ministers and senior civil servants. Then, the Foreign Office’s Global Response Centre, operating from an undisclosed location in London, informed the 15 governments outside the UK where the Queen is also the head of state and the 36 other nations of the Commonwealth of the monarch’s demise.

The news was slowly relayed to the media, which then informs the UK public and the world. The announcement went out as a newsflash to the Press Association, the British Broadcasting Corporation (BBC) through the Radio Alert Transmission System (RATS). A network of blue “obit lights” also transmitted the news to the Independent Radio News, which signalled that all forms of loud, inoffensive music should be stopped and switched to playing sombre music, while the newscasters should be prepared to make an announcement. The rest of the world’s media is then informed and reports the news.

At the announcement of the Queen’s demise, the websites of the Royal Family and the government largely turned black, as well as their social media accounts. BBC Two suspended its scheduled programming and switched to BBC One’s broadcast of the announcement. All newscasters and presenters of the BBC (both male and female) are immediately expected to appear on screen in black outfits (black suit and tie). After the announcement, the BBC aired a pre-recorded sequence of portraits of the late monarch, while other broadcast organisations accessed previous broadcasts and played them on air and newspapers acquired detailed information from their archives to write their obituaries of the late queen.

#ElizabethII: Media houses have, as expected, accessed their morgue & are undertaking the painstaking task of searching for all previous reports concerning the Queen & the Royal Family.

It’s a crazy job to do in the newsroom.

According to The Guardian of the UK, its deputy editor has a list of prepared stories pinned to his wall, The Times is said to have 11 days of coverage ready to go, while ITN and Sky News, which have long rehearsed her death, but substituting her name with the name “Mrs Robinson”, will give a call to royal experts who have already signed contracts to speak exclusively on those channels.

As the announcement was made, a footman (two in this instance) wearing a black outfit came out from a door at Buckingham Palace, crossed the dull pink gravel and pinned a black-edged notice to the gates. The UK Parliament, as well as the parliaments of Scotland, Wales and Northern Island, were recalled on 8 September and sat on 9 September. The prime minister addressed the House of Commons the following day after the Queen’s death.

The following day after the Queen’s death, the new monarch, King Charles III, the late Queen’s son, will host a meeting with the Prime Minister and is expected to deliver a speech to the nation at 6 p.m. The flags have since been flown at half-mast at Buckingham Palace – the residence of the British monarch – and all government buildings across the UK.

There was a little break of tradition as the Royal Family opened a book of condolence on its website instead of being physically placed at Buckingham Palace and Balmoral Castle. Also, a 96-shot gun salute (commemorating her age of 96 years) was done at saluting stations across the UK and a service of remembrance was attended by the prime minister and senior ministers at St Paul’s Cathedral.

Since the late Queen died in Scotland, Operation Unicorn is activated simultaneously with Operation London Bridge. Under Operation Unicorn, which was first revealed to the public in 2019, the Queen’s coffin would first lie in repose at Holyrood Palace, followed by a service of reception at St Giles’ Cathedral in Edinburgh. The coffin would then be transported to Waverley station and taken by the Royal Train to London.

What will happen to the monarchy when Queen Elizabeth II passes away? pic.twitter.com/k4hmCKUbbD

However, if the Royal Family and the British government decide to stick with Operation London Bridge, the late queen’s body would be taken by plane to London and received by the prime minister and cabinet ministers. It would be brought by No. 32 (The Royal) Squadron to RAF Northolt (the UK Air Force base) and then by hearse to Buckingham Palace. Upon arrival in London, the coffin is taken to the Throne Room at Buckingham Palace and five days after her death, it is moved to Westminster Hall. After a service, her body will lie in state for three days for the public to pay their last respect to the late queen.

The new king is expected to announce a period of mourning. King Charles III has declared a period of royal mourning, to be observed by members of the Royal Family, royal household staff and representatives, together with troops committed to ceremonial duties from the day of her death until seven days after the Queen’s funeral. The mourning period declared by King Charles III slightly differed from what was included in Operation London Bridge.

On its part, the British government has announced a period of national mourning from the day of her death till the day of the Queen’s state funeral. A day before her funeral, church services are expected to be held in towns across the UK.

Day of the late queen’s funeral

According to Operation London Bridge, the late Queen Elizabeth II’s funeral is expected to occur about 10-11 days after her death. On the day of her funeral, a bank (national) holiday and/or a day of national mourning is declared. This means that shops, schools and the stock market will be closed. Football stadiums may be opened for memorial services, if necessary. The “Big Ben”, London’s famous bell, will be rung at 9 am, indicating mourning.

At 11 am on the day of her funeral, the late queen’s coffin is brought to Westminister Abbey, where the Archbishop of Canterbury will lead a state funeral in front of about 2,000 guests. Once the coffin reaches the abbey doors, the UK will fall silent. Train stations will cease announcements, buses will stop and drivers will get out at the side of the road.

When prayers are offered, the broadcasters will refrain from showing the faces of the members of the Royal Family. When the coffin is seen again on television, the pallbearers will place it on the green gun carriage. The coffin will be transported in a procession from The Mall in the City of Westminster to Hyde Park and move for 23 miles by road to Windsor Castle, where the late queen will be buried.

Operation London Bridges begins to climax as a committal service would be held at St George’s Chapel before the burial. The late queen will then be buried in a prepared tomb at King George VI Memorial Chapel in St George’s Chapel, Windsor Castle, alongside her husband Prince Philip, Duke of Edinburgh. The cloister gates will be closed and cameras will stop broadcasting as the burial will be a private affair to be observed by King Charles III and members of the Royal Family.