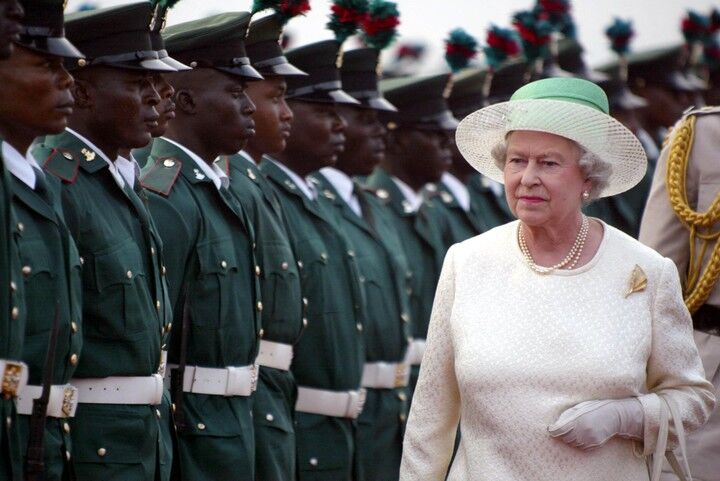 The death of Queen Elizabeth II, the queen of England, has continued to generate a lot of wide-ranging reactions, more than any death I think the world has seen for some time. Ranging from mournful, majorly by the people of the British Isles to nonchalant meh! in other parts of the world. And then there is outright scorn from the majority of Blacks and Irish, who see the British empire as a power built on colonialism and have decided to use her as a scapegoat. It has been wild!

And she has only been dead two days.

A lot has been written and said about Queen Elizabeth; her life, marriage, tenure as the longest serving monarch in British history, etc. But do you know that her shoes also walked on Nigerian soil? Yep! The queen visited Nigeria, not once, but TWICE!

The first time was in 1956, when she visited as part of her royal tour to Commonwealth countries, from January 28 to February 16. During this period, she still had monarchical authority as the Head of State of Nigeria, since the country had not yet gained independence, and she was officially called the Queen of Nigeria.

Her arrival, as expected, was full of fanfare; it was the queen, after all, and she was greeted by many dignitaries at the airport in Lagos, Nigeria’s former capital. Some of the people who met her included Festus Okotie-Eboh, the Minister of Labour and Welfare, and Sir James Robertson, the Governor-General, along with many government and traditional heads.

Queen Elizabeth, during this visit, went on a royal tour of Lagos and many other places, including the North, where she visited the Sultan of Sokoto. She also visited Enugu, Jos, Kano and Kaduna.

The picture above shows Her Majesty The Queen being presented a bouquet of flowers by Folashade Lawson, the 4-year-old daughter of Chief Adeyemi Lawson, who was the Chairman of the Lagos Town Council at the time.

Queen Elizabeth II also toured a children’s rally on the Kaduna Racecourse with Makaman Bida, (left), who pointed out wooden figures to Her Majesty, and the Sardauna of Sokoto (right) during the Royal visit to Nigeria on 3 February 1956.

The Queen in a carriage during the Nigerian State Visit with former President Ibrahim Babangida.

2023: I wish that APC wins. And if God says no, the next person I wish that should win is Peter Obi