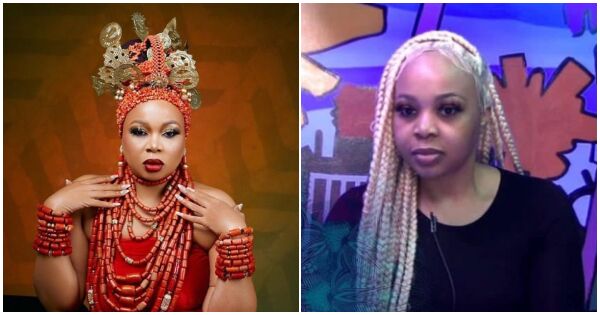 BBNaija: I thought I was hot cake, but I was surprised when no man approached me in the house – Diana

Diana Erebor, former Big Brother Naija Season 7 Level Up house, has revealed that she was surprised when no male housemate approached her during her stay in the house.

The Edo-born housemate, who was evicted from the show on Sunday night, shared her disappointment in a recent interview with Naija FM.

ALSO READ: Causes, effects and how to cope with an unplanned pregnancy

Speaking in the interview, which was shared on Instagram by @mercyobidake, Diana said she went into the house thinking that she was beautiful and physically attractive, hence she would have no trouble finding a love interest in the house.

However, it came as an unwelcome shock to her when no male housemate so much as expressed interest in her, which was in contrast with how well sought out she is by men outside the house.

The 33-year-old project manager even said that, at a point, she thought she was the butt of a joke by Biggie, that maybe the guys had been instructed to avoid her.

In other news, the new golden girl of Nigerian Athletics, Tobi Amusan, has put smiles on the faces of Nigerians again by winning another trophy.

She broke a 22-year-old meeting record that has been untouchable for many years when she clocked 12.29s on Thursday evening to defend the trophy she won last year.