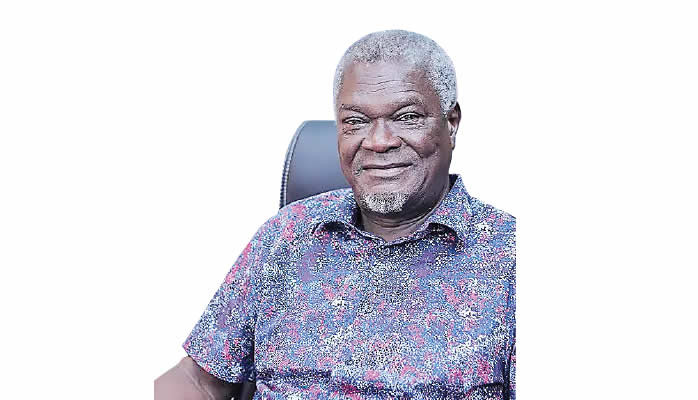 I began to wonder if Buhari was as smart as he was said to be after we met in 1984 – Chairman of the Broadcasting Corporation of Oyo State, Dotun Oyelade

Chairman of the Broadcasting Corporation of Oyo State, Dotun Oyelade has shared his experience from meeting President Muhammadu Buhari in 1984.

Oyelade who clocked 70 on Friday September 9, told Punch that he started doubting Buhari’s smartness after their 1984 encounter.

He also stated that he always tells people that Buhari does not possess a quarter of the attributes that people falsely and conveniently attributed to him.

Cast you mind back to 1984/85 when Muhammadu Buhari and Tunde Idiagbon came to power with all their garbage, they showed us an idea of toughness and people were apprehended and punished for little offences. This made people to sit up and you could see Nigerians in queues at bus stops and there was orderliness during their short stay in power. That is not to say they were angels, they were not. I have always told people that General Buhari does not possess a quarter of the attributes that people falsely and conveniently attributed to him. No, he doesn’t.

I was one of the few journalists, who, in January 1984, immediately after they came to power, asked him questions at what they called a ‘World Press Conference’ at the Dodan Barracks in Lagos. That was a week after they sacked the administration of President Shehu Shagari from power. Shagari’s government was sacked via a coup on December 31, 1983. We had the privilege of asking him the first set of questions. I remember Tunde Thompson was there, Chris Okolie, Nduka Irabor and some other journalists were there. I asked him: ‘Now that you have taken over from a democratically elected civil administration, do you feel any sense of remorse?’ General Buhari could not utter a word. It was Tunde Idiagbon, who was by his side, that brushed aside my question. That day, I began to wonder if Buhari was as smart as he was said to be. Here we are today; I don’t want to dabble in politics, I want to continue my life as an author and a biographer.