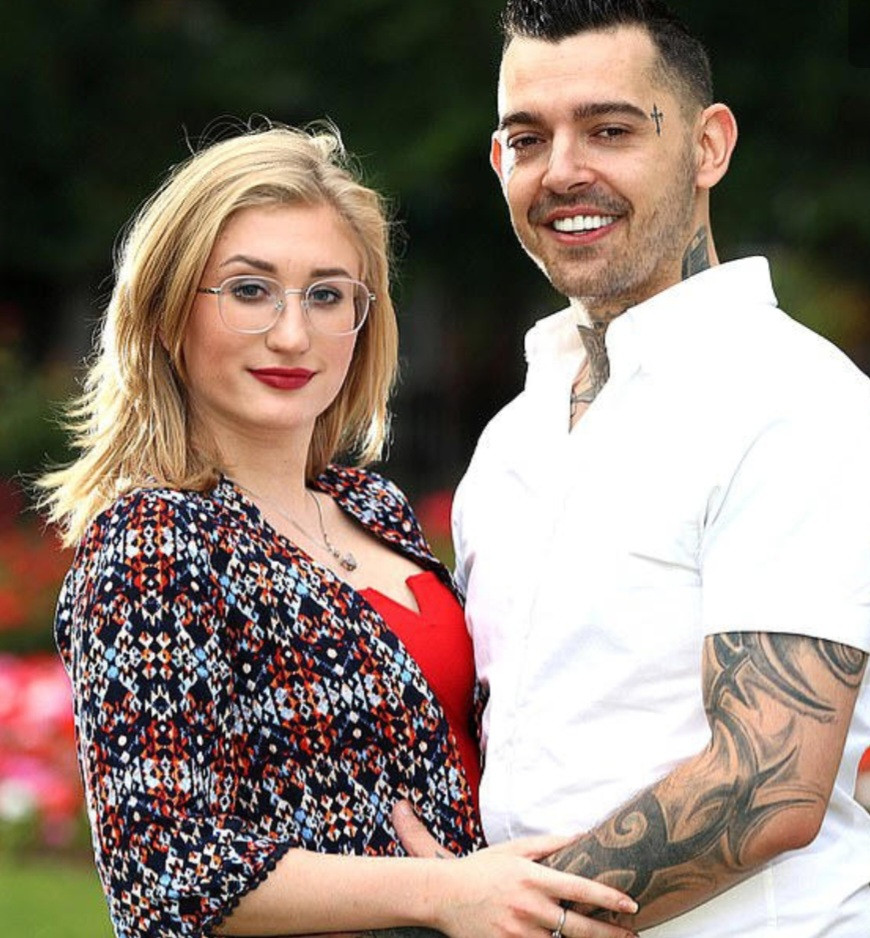 A security guard who started a relationship with a Ukrainian refugee after he and his partner housed her, has dumped her.

Tony Garnett, 30, started an affair with Sofiia Karkadym, 22, just days after she started living with him and his partner of ten years Lorna Garnett, 28, who is the mother of his two children.

But she was shocked when Tony told her: “If she’s going, I’m going”.

Tony then ended his relationship with Lorna and even dissed her in a rap single he released afterwards.

Now, Tony and Russian refugee Sofiia have broken up.

Tony claims he has thrown out Sofiia after accusing her of not being able to handle alcohol and using a knife to damage a wall at their rented home.

He also accused her of interfering with his relationship with his two daughters, saying that he would always put them “first”.

He has now put her belongings in black bin bags ready for collection.

Tony told MailOnline how he had become “fed up” with what he described as her irrational behaviour during the four-and-a-half months they were together.

He said: “I can’t take her abuse or anger any longer.

“I left Lorna and my two children for her, and I made every extra effort I could to help her keep us together.

“I worked so hard to make this relationship work. I knew that we would look like tw*ts if we broke up because we have a media profile and all the attention that has been put on us on television and on the internet.

“I also genuinely felt sorry for her. She left her home and her country which was at war and knew nobody here.

“Yes, I felt and I thought I was in love with her. But there is a side to her which I just cannot put up with any longer. She gets angry and aggressive.”

He claimed that, “on Saturday night she picked up a knife and stabbed the wall several times.

“It really scared me and I had no choice but to call the police. That doesn’t make me happy at all. But I was worried about my safety.”

Tony added: “I have made a mistake going into a relationship with Sofiia.

“As I have said before, my relationship with Lorna was already over and I was really unhappy.

“But this wasn’t the right thing for me. I have tried to help her. I really have.

“I haven’t abandoned her and have even been messaging her mother to get her to help with the aid of Google Translate.

“She may be suffering from PTSD. But she is from Kyiv where there hasn’t been much of the war.

“I hope that she finds somewhere safe to live and is in a happier place. But she’s not for me.”

He said that Sofiia had sent him a string of messages since the bust-up, saying that she loved him and begging for a reconciliation.