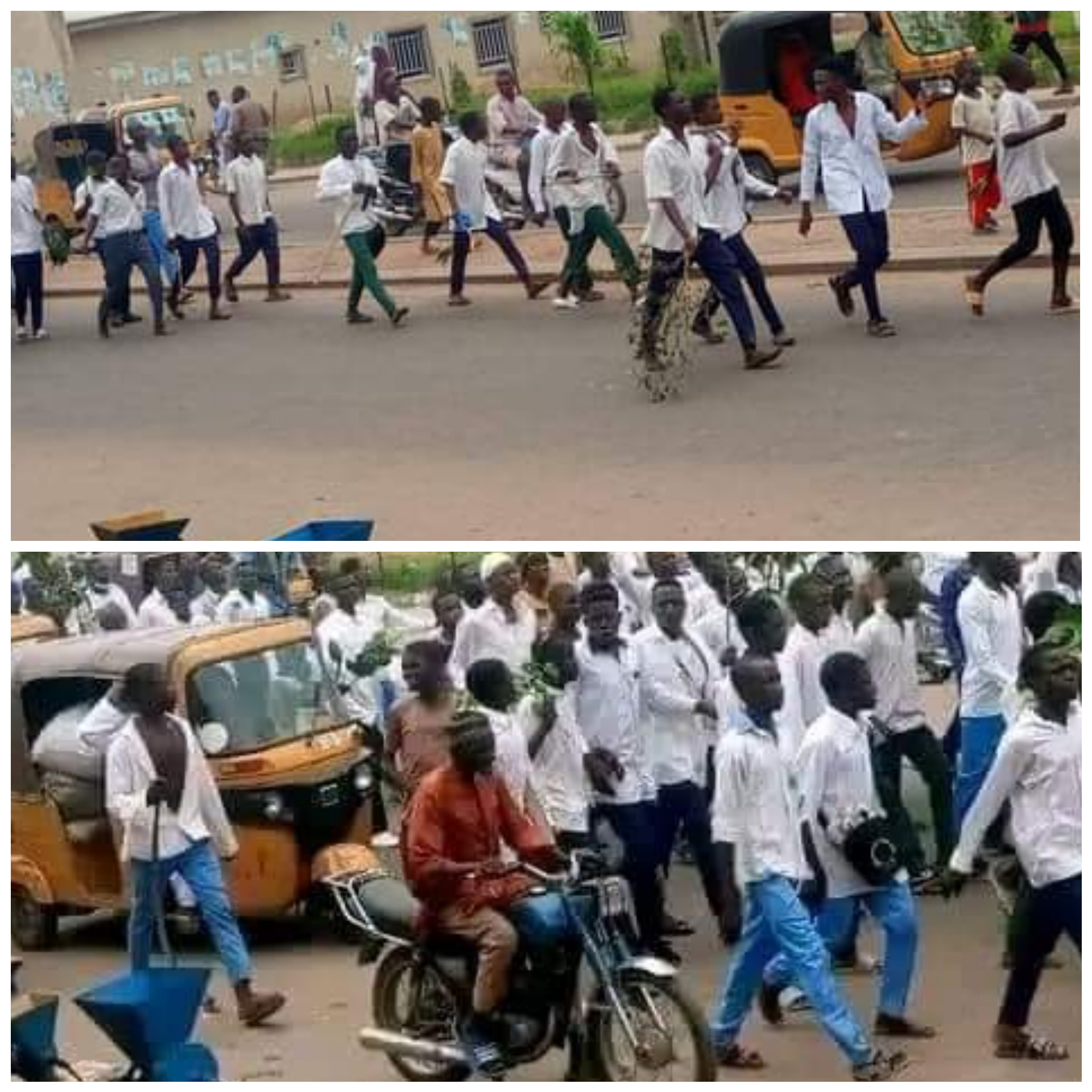 Male students of secondary schools are currently protesting on the streets of Bauchi over a new policy by the state government to separate boys from girls in schools.

The Bauchi State Commissioner for Education, Mr Aliyu Tilde, had said that the government has concluded plans to separate male and female students in secondary schools in the state.

Tilde, who disclosed this while addressing newsmen after a State Executive Council (SEC) meeting in Bauchi, noted that the plan would only be executed whenever and wherever it is possible.

He explained that the idea was to address moral decadence which has become prevalent among students of secondary schools.

According to him, private schools would take a cue from the initiative and separate the males who would be attending their academic activities in one institution and the females in another separate institution.