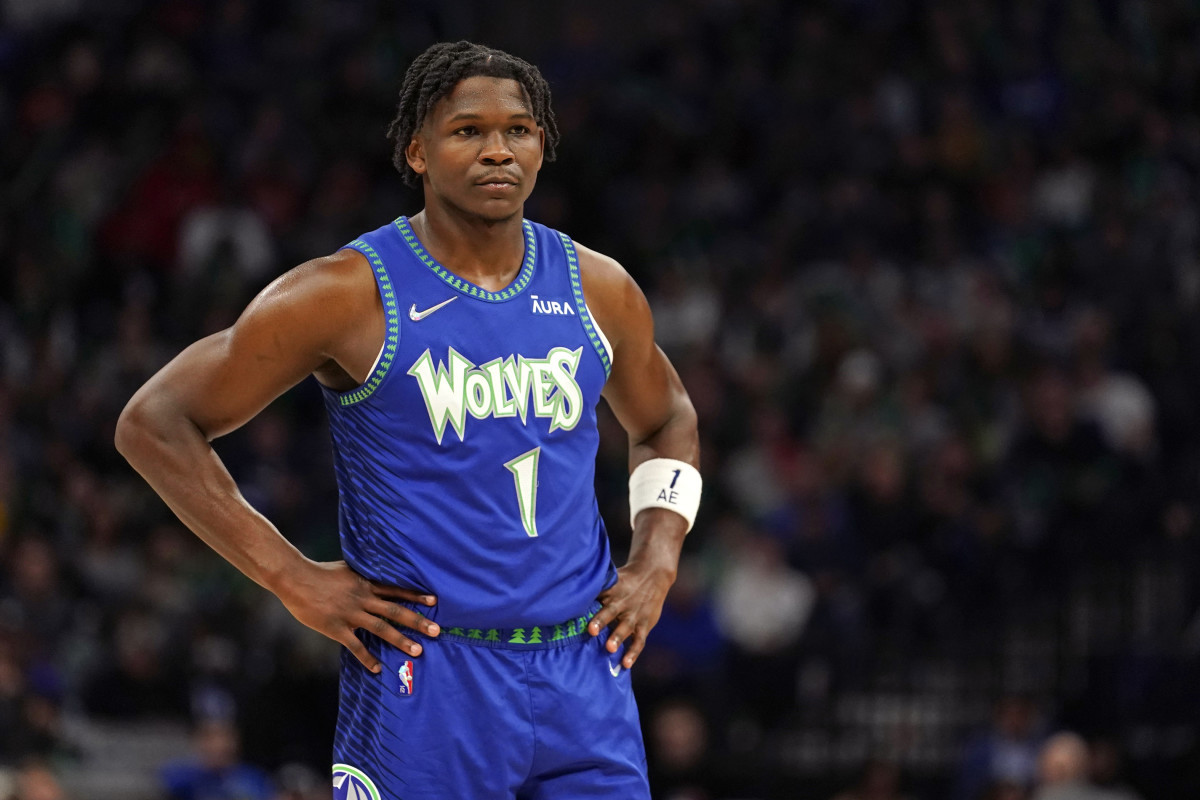 Minnesota Timberwolves guard,  Anthony Edwards has apologized for his use of homophobic language in an Instagram video shared earlier this month during  NBA media day.

The guard took to social media to post the clip from his car, in which he zooms in on a group of shirtless men on the sidewalk.

In a 32-second clip shared by ESPN, the 21-year-old expressed remorse for his language in the now-deleted video.

Asked if he had recognized whether his choice of words was ‘hurtful’ and if he was putting in effort to prevent derogatory language from being spread on social media, Edwards replied: ‘I’m willing to do whatever it takes to make it right, show everybody that I come with respect.’

‘That’s not who I am, I’m willing to take it as far as I need to,’ the one-year Georgia Bulldog added. ‘It just makes me think before I do anything now. I learned that you have to think before you speak and things can be taken away in a blink. Words hurt people and I just gotta be better.

The No. 1 draft pick’s public apology comes two weeks after he described his own comments as ‘hurtful’ and ‘unacceptable’ on Twitter.

‘It’s unacceptable for me or anyone to use that language in such a hurtful way, there’s no excuse for it, at all. I was raised better than that!,’ Edwards further wrote on September 11.

The Timberwolves also apologized for the offense Edwards’ actions have caused, insisting the team is committed to inclusivity.

‘We are disappointed in the language and actions Anthony Edwards displayed on social media,’ the team said last week in a statement attributed to team president Tim Connelly.

‘The Timberwolves are committed to being an inclusive and welcoming organization for all and apologize for the offense this has caused to so many.’

The NBA has since fined Edwards $40,000 with President of League Operations, Byron Spruell, confirming that the league had issued the fine to Edwards for ‘using offensive and derogatory language on social media’.

My daughter is now my husband’s side chic: Jealous Nigerian mum shares lovely video of husband and little girl