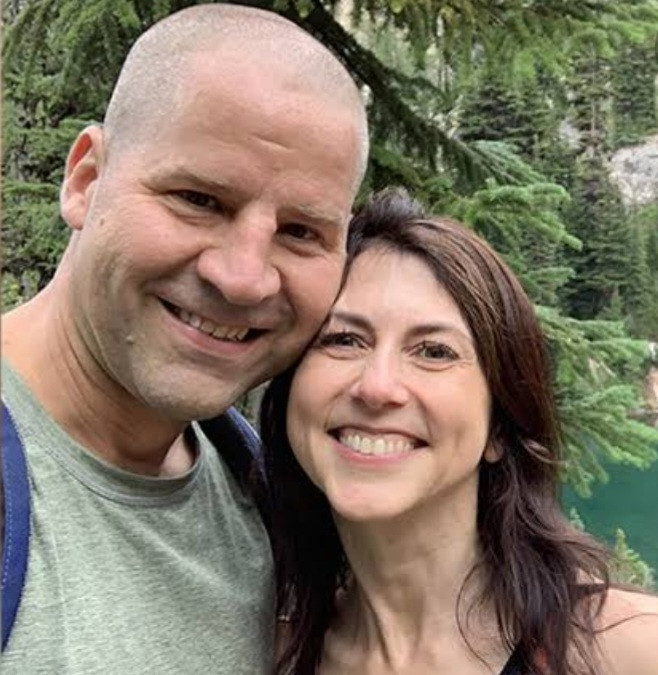 MacKenzie Scott and her husband, Dan Jewett, a former science teacher, are going their separate ways less than two years after getting married.

Scott’s marriage to Jewett, a former teacher at her children’s school, has now ended

Ms. Scott filed a petition for divorce in the King County Superior Court in Washington State on Monday, September 26, 2022, according to a copy of the filing.

In 2021, McKenzie Scott and Dan Jewett announced their marriage through a message on their webpage for the Giving Pledge, a philanthropic organization which encourages the world’s richest people to give away a majority of their wealth to charitable causes.

Scott has given away billions of dollars as part of a plan to donate a majority of her fortune.

“I am married to one of the most generous and kind people I know — and joining her in a commitment to pass on an enormous financial wealth to serve others,” Jewett wrote in his message on Giving Pledge in 2021. “I look forward to the growth and learning I have ahead as a part of this undertaking with MacKenzie.”

But Jewett’s message seemed to have disappeared from the Giving Pledge site and his name was recently edited out of a Medium post Ms. Scott had written last year about their gifts, The Times reported Wednesday, September 28.

Scott also deleted Jewett from her author bio on Amazon, according to the NYT.

“Athena, you had a big bro/sis” – Korra Obidi reveals she lost a baby before birthing her second child