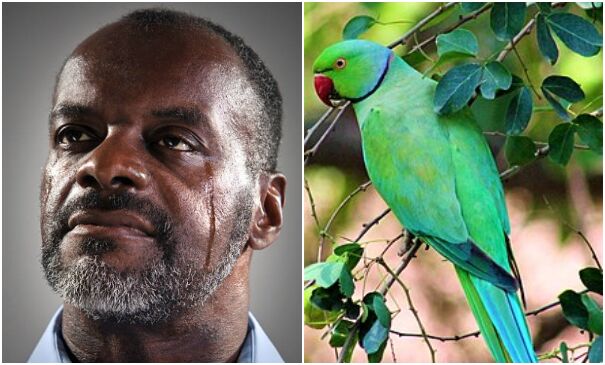 Nigerian man deported from Canada after 1 month for killing parrot

A Nigerian man’s stay in Canada has been cut short after he was deported after spending just one month in the country.

The unidentified young man was found guilty of killing a parrot, and unknown to him, the animal had a GPS tracker attached to it.

One Dr Olusesan shared the story on micro-blogging platform, Twitter. He said, “Them deport person from Canada within one month on arrival because e go kill pet parrot wey wear GPS tracker. Like, are you blind?”

Reacting to the post, one Aluko Olami said the same thing happened to a Nigerian in Qatar who lost his well-paying job and was also deported after he was caught killing cats.

He said, “The same thing happened here in Qatar around 2012. One of our country man will just went out at midnight to kill cats to make soup. He has been doing it so long before police get him one night. He was deported too. The funny thing is he was doing a good job of around $3k at the time.”

Them deport person from Canada within one month on arrival because e go kill pet parrot wey wear GPS tracker. Like, are you blind? 🤣

Young Man Deported From Spain For Not Having His Papers Despite Returning Lost N1.8 Million

Meanwhile, an illegal immigrant was deported after he returned a huge sum of money he found on the street.

The young man identified as Jibril, an illegal immigrant from Africa to Valencia, Spain, found an envelope containing €4,250 (N1,836,464.95) on the street of the city.

In a bid to show good home training, he decided to return the money to the authorities. But, instead of commending him, they requested for his papers, and when he could not produce a residency card, he was deported.