Nollywood actress, Chacha Eke-Faani recently took to her Instagram page to talk about her mental health.

In her update, Chacha also hinted at losing a baby 18 years ago. According to her, a lot of people mock her as a “crazy lady” but her mental health crisis is because of all the pains she’s been through.

“Most of us ladies were broken on the inside and that’s how the crazy got in and got stuck” she says in her update.

She then narrates the pains she’s been through, including losing a child.

“That baby died and I’m still so pained. Chidielebe, I’m sorry, we lost her. 18 years gone but I never forget. Many years later, the doctors slash my belly and pulled out four little humans.

“All of a sudden, I’m people’s mummy. How do I do that with mental illness?”

Chacha also disclosed that her mother and grandmother were crazy and she fears her daughters will be. 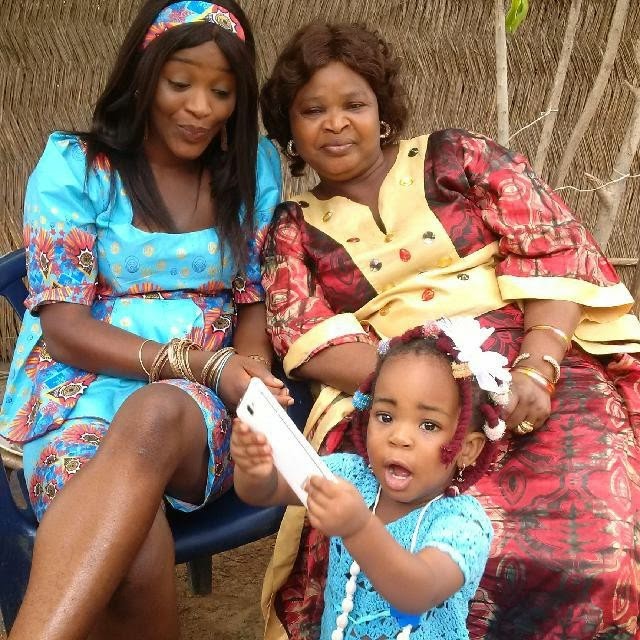 The actress who has three daughters said,

“I didn’t ask for this life, I was born with this. I got it from my mama. My mama was a crazy woman, she told me her mama too was crazy. She talked crazy and treated people crazy.

“Right now, here I am being a crazy little miss. My daughter will probably grow up and be a crazy little lady. But it won’t even matter because we’re all crazy.”

The actress’ mental health issues were made public in 2020 after she accused her husband of domestic violence and announced she was leaving him. Later, she made a U-turn and claimed she was dealing with bipolar disorder.

Earlier this year however, she made a comeback to social media and revealed she’s leaving her husband. She also hinted at abuse while announcing the end of her marriage.

Since then, she’s been speaking about her mental health struggles and how she sometimes gets destructive.

Watch her speak in the video as you scroll,