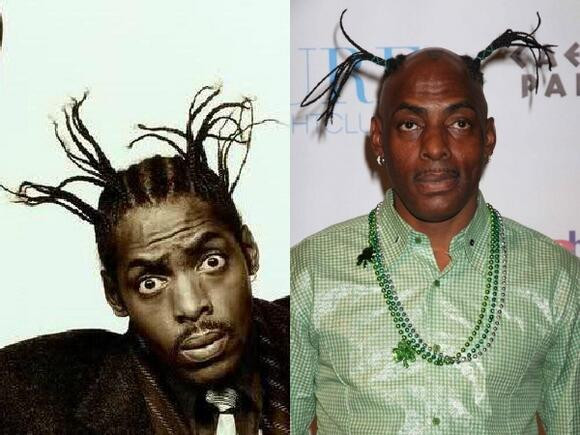 Paramedics reportedly attempted to revive rapper Coolio for 45 minutes after his body was found in a downtown LA home on Wednesday, September 28.

However,  their attempts were ultimately unsuccessful as the 59-year-old Gangsta’s Paradise rapper was later pronounced dead.

A cause of death has not yet been confirmed by a medical examiner.

On the day he died, Coolio had reportedly gone to the bathroom at a friend’s house, but did not emerge for a long time. This prompted the friend to go check on him, only to find Coolio laying on the bathroom floor unresponsive.

The friend called emergency services and EMTs quickly responded but found no signs of life.

According to Mail Online, Coolio had come to LA from Las Vegas to correct an issue he was having with his passport. The rapper had shows scheduled in Germany this weekend and so was in need of proper documentation.

Coolio’s manager, Jarez, said he was preparing to join the rapper when he received a call about the collapse in the bathroom. The manager subsequently said he was told Coolio died of a heart attack, though that has not yet been confirmed.

Police did not discover drugs or drug paraphernalia in the bathroom.

Coolio suffered from asthma for most of his life. In 2016, he struggled to get through an impromptu performance at Hilly Country Barbecue Market in Brooklyn.

The rapper appeared to be struggling with his conditions before a helpful fan provided him with an inhaler.

In a 2002 interview with USA Today, Coolio discussed some previous serious asthma episodes that could have spelled his end.

‘I had to realize I had a chronic disease which needs to be treated for as long as necessary,’ he said.

Coolio, whose given name was Artis Leon Ivey Jr, is survived by his ex-wife, Josefa Salinas, and their four children. Coolio was also father to between two and six additional children.