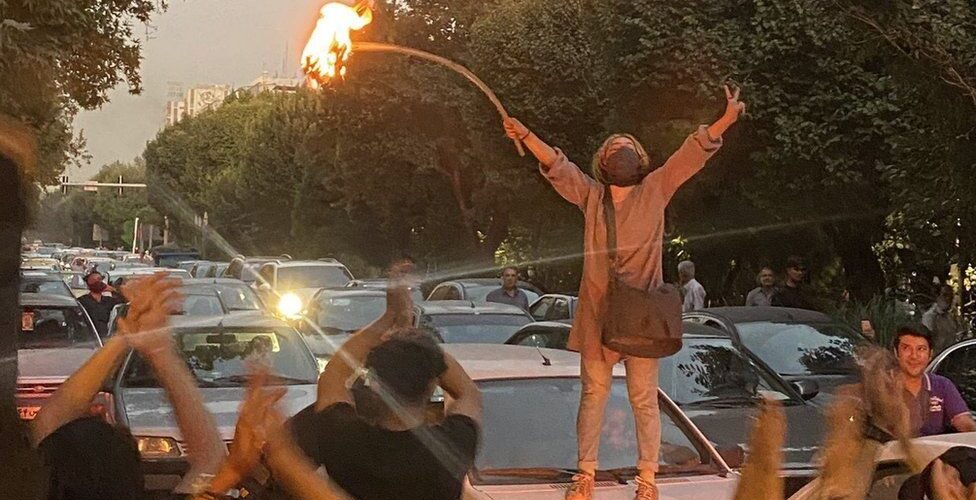 Why the anti-hijab protests are spiralling across the world

Iran has been under the microscope of the world for negative reasons for close to two weeks due to anti-hijab protests. What started as a protest outside a hospital in Tehran, the Iranian capital, on 16 September 2022 spread across 80 cities in the country, and subsequently extended to some major cities across the world.

It is not the first time that anti-hijab protests are occurring in Iran, but this latest one seems to be of more significance as it has attracted the attention of the world, to the extent that the Iranian government imposed Internet restrictions to curb the mobilisation and organisation of the protests, as well as limit the reportage of the events to the world.

Before delving into what sparked the 2022 anti-hijab protests, it is important to know what the protests are.

The anti-hijab protests, as the name suggests, are an avenue used by protesters, especially in Iran, to demand the end of the imposition and mandatory use of the hijab for women, as well as for the Iranian government to respect the fundamental human rights of women to make their choices, as guaranteed by the 1948 Universal Declaration of Human Rights.

It is pertinent to know that the hijab – a head-covering worn by some Muslim women to cover their head, neck, and chest, but leave their faces visible – was made a mandatory dress code for women by the Islamic Republic of Iran shortly after the 1979 Islamic Revolution. Ayatollah Ruhollah Khomeini, the first Supreme Leader of Iran, decreed the hijab be mandatory for all women. He also decreed that women who are “unveiled” would no longer be allowed to enter the workplace or any government office.

This decree was formally codified into the Iranian Penal Code in 1983, which stipulates a punishment of 74 lashes of whipping for violators of the law. The law has been subsequently amended as Article 638 of the fifth book of the Islamic Penal Code imposes two to ten days or two months of imprisonment, and a 50,000 to 500,000 IRR fine, for “un-Islamic dress code”.

Anti-hijab protests had occurred before this year’s own. One of the largest protests in Iran’s history began on 8 March 1979, International Women’s Day, and a day after the Islamic Republic introduced hijab rules, and continued till 14 March 1979. Several protests against the mandatory use of hijab by women in Iran have continued over the years.

There were protests from December 2017 to February 2018, July and October 2018, respectively, February to March 2019, as well as in May and August 2019. These protests were, however, largely suppressed by the security agencies, particularly the Gasht-e Ershad, the Guidance Patrol, known worldwide as the Islamic “morality police” of Iran, which arrests and prosecutes religious dress code violators in the country.

There is an immediate cause and several remote causes of the anti-hijab protests. They are:

The death of Mahsa Amini, a 22-year-old Iranian Kurdish woman, in the custody of the morality police under suspicious circumstances is the main cause of the protests, which have spiralled across Iran and led to solidarity protests across the world.

According to reports, Amini was arrested on 13 September while with her brother, Kiaresh, at the entry of the Shahid Haghani Expressway, Tehran, by the morality police for allegedly not using an appropriate hijab. However, she collapsed at a detention centre and subsequently fell into a coma. She died in hospital on 16 September 2022, after being in a coma for three days.

The circumstances surrounding Amini’s death remain controversial. The Iranian government claimed that she had a heart attack at a station, fell on the floor, and died after two days in a coma. A pro-government television station then released a heavily edited video purportedly showing the moment Amini collapsed at the police station and was then evacuated via an ambulance to a hospital.

Her family, however, disputed the account of the Iran government. Her brother, Kiaresh, said his late sister was hale and hearty on the day of her arrest, noting that she was, upon her arrest, told that she would be taken to a detention centre to be admonished in a “briefing class” and subsequently released. Kiaresh said he noticed bruises on his sister’s head and legs.

Erfan Mortezaei, a cousin to the victim, claimed that her co-detainees informed the family that Amini was beaten in the van by the morality police while on their way to the station. He stated that his late family member, from what he was told, began to lose vision and fainted when she arrived at the station, adding that it took about 30 minutes for the ambulance to arrive before it ferried her to the hospital.

Some eyewitnesses who were detained with the late Amini have anonymously confirmed the family’s stance, saying that she was tortured. The victim’s medical scans, which were leaked, suggested that she suffered a cerebral haemorrhage and stroke before she died, intensifying speculations that the morality police beat her. The hospital where Amini was treated released a statement on Instagram, saying that she was brain dead when she was admitted, but the statement has been deleted. Nada al-Nashif, the acting UN High Commissioner for Human Rights, said there were reports that police beat Amini’s head with a baton and banged her head against one of their vehicles.

Hours after Amini’s death was announced on 16 September, people gathered at Kasra Hospital, Tehran, where she was treated, and began to vociferously protest against her death. The protesters chanted various slogans, including “death to the dictator” (about Ayatollah Khomeini, “Guidance Patrol is a killer”, “I will kill, I will kill the one who killed my sister”, “I swear by Mahsa’s blood, Iran will be free”, and “Khamenei is a murderer, his government is invalid”.

Some women protested by taking off their hijabs and burning them, a sign of revolt by the women against the Islamic government, and other protesters honked their car horns in the streets as a protest. Another protest against compulsory hijab-wearing laws took place that day at Argentina Square in Tehran. All these protests were, however, suppressed by the security forces, who arrested some of the protesters.

These women in #Iran’s northern city of Sari are dancing and burning their headscarves… anti-regime protests have now spread to dozens of cities from north to south, east to west… all triggered by the death of #MahsaAmini while in the custody of Iran’s morality police. pic.twitter.com/BBDvgC5L1w

After her burial on 17 September, a series of protests occurred, starting from Saqqez, the hometown of the deceased, and Sanandaj, the capital of the Kurdistan Province. Kurdish civil society organisations reportedly called for a general strike in all of the Kurdistan Province to protest against the death of Amini, who hailed from the province. The security forces responded by using force to disperse the protesters.

By 18 September, protests and marches spread day by day in different cities of Iran. Protests occurred in Tehran, Sari, Tabriz, Mashhad, Qom, Kerman, Hamedan, Sanandaj, Saqqez, Kish, Rasht, Esfahan, Karaj, Mashhad, and other cities, with protesters chanting slogans against the mandatory hijab and the Islamic government. Women set alight their hijabs and cut their hair publicly, and they were supported by men, who cheered them on and provided security for them at the various protest venues.

By 21 September, solidarity demonstrations were held across the world, including in Canada, Italy, Sweden, Turkey, and the United States.

As of the time of this piece’s publication, the protest has spread to 80 cities in 11 days. Disgruntled by the scale of the protests, the Iranian security forces have fired on protesters, leading to the death of many persons and others copping various injuries. The Iranian government also limited Internet accessibility, especially WhatsApp and Instagram, across the action. The action by the Iranian government has been interpreted by human rights organisations and Western governments as an attempt to curb people from mobilising for protests and prevent the world from seeing what is truly happening in Iran.

Mandatory use of hijab

The death of Amini reignited anti-hijab protests across Iran over the imposition of the hijab as a dress code for women in the country. As earlier mentioned, the hijab was made mandatory for women in Iran in 1979, and since then, a lot of women have faced the consequence from the Iranian over their non-usage of it, either deliberately or unintentionally.

The mandatory dress code means that women who reside in Iran do not have the right to freely choose the type of clothes they want to wear, which is a clear violation of the Universal Declaration of Human Rights that Iran, ironically, is a signatory to. Although it may be codified into the Iranian Penal Code, the hijab law is inconsistent with international laws regarding the right to liberty and the right to freedom of religion.

The incessant brutality constantly meted out by the morality police in Iran only came to light across the world or got exacerbated after Amini’s death. The cruelty doled out to Iranian women by this enforcement agency is a violation of the rights of these women. It is a threat to their right to life and existence, especially when they have not committed any capital crime. These violations are part of what constituted the latest wave of anti-hijab protests in Iran and the solidarity demonstrations across the world.

The brutality and disrespect of the fundamental human rights done by the morality police have led to the death of many Iranian women for over 40 years.

As of 26 September 2022, 76 persons are said to have died as a result of the protests in Iran, according to the Norway-based Iran Human Rights (IHR), a non-governmental organisation. The casualties include protesters, who constitute the majority of deaths, police personnel, and bystanders.

A further 1,200 protesters have been arrested in Iran, officials have said.