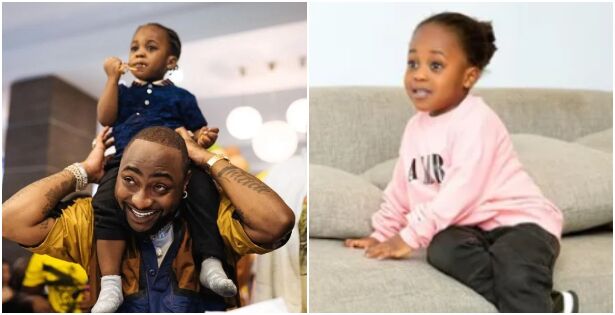 On October 20th, 2022, the music star and his long-time girlfriend went all out to throw a lavish party for the young Ifeanyi as he turned three.

On Monday night, October 31st, news reached social media that the boy had drowned in the swimming pool of their residential home.

According to People’s Gazette,  the boy stayed in the pool for too long but when he was pulled out and rushed to the hospital, it was already late.

ALSO READ: Davido takes Chioma on a ride in his Lamborghini

The news comes as a shocker as only days ago videos of Davido teaching his son how to swim were trending online.

In the video, Davido carried the three-year-old and made him flap his legs, giving him instructions on what to do.

In a related news, afrobeats singer and music superstar, Davido Adeleke did not disappoint fans as he threw a lavish birthday party for his dearest son who just turned three years old.

The birthday fell on Israel DMW, Davido’s aide’s traditional wedding which put a halt to the birthday party. Following the wedding, Davido put out a public invitation, urging those who knew the location to attend his son’s birthday.

Orphan who lost his right hand at 10, becomes a lawyer.

James Brown announces that he is looking for a wife, calls himself a bachelor