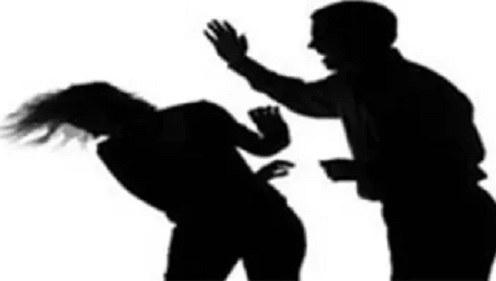 I don’t know why this tweet makes me happy, but erm.. lol.

A twitter user has rejoiced after his friend stormed his brother-in-law’s house with hoodlums to beat him up, for assaulting his sister.

The user, who goes by the name @Waspapping_ on twitter, said his friend’s sister was beaten mercilessly by her husband, a thing that didn’t go down well with the brother.

Sensing he might not be able to handle the man alone, the user said, his friend went along with hoodlums to beat him up!

He says he is currently being hospitalized and that gives him joy.

He tweeted; ”My friend sister was beaten mercilessly by her husband yesterday evening Today my friend went to the house with some T/Wada hoodlums and beat the hell out of the husband. He’s lying helplessly in the hospital as I happily type this tweet”

Hmm, If only Osinachi had people who could have stood up for her like this sha. Like marriage is by force and the only way out is death? Smh!

Imagine a husband asking securities to get his wife’s brother out of the hospital? Families are different sha! Because the only person that will leave that hospital is the husband.

Latest on the Osinachi story here.

Lady who ordered noodles gets served marriage proposal instead