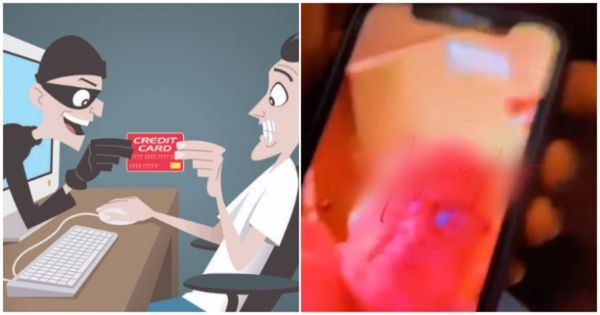 I go kill you: White man threatens yahoo boys trying to scam him

An angry white man has threatened a bunch of fraudsters who were attempting to swindle him and showed no remorse.

It is not clear if the boys had already defrauded him of some money, but they were on a video call, and the international client was visibly furious.

In the video, which was shared on Instagram, the yahoo boys were asking him to send the money he promised, but he had already discovered that they are scammers.

ALSO READ: From yahoo to the altar: Yahoo boy turned pastor speaks up about his stunning transformation

The white man threatened them and promised to kill them all, saying he knew they were all from Nigeria. However, they refused to take his threats seriously and instead hurled insults at him and his family.

One of the guys even told him to calm down and send the gift card he had promised earlier when he was still oblivious to the scam, but the white man kept insisting that he would kill them and even exclaimed in pidgin, “I go kill you”

So na man you be since: Angry men descend on crossdresser inside club

In other news, there was drama at a nightclub recently after a crossdresser got on the wrong side of some angry men.

The video, which was shared on Instagram, showed the crossdresser getting steamy with the men as they rocked to the song playing in the club.

However, things soon went south after the men painfully realized that they had been grinding against their fellow man all the while.

Wike, Ned Nwoko Continue War Of Words, As Nwoko Says Wike Will End Up In Jail