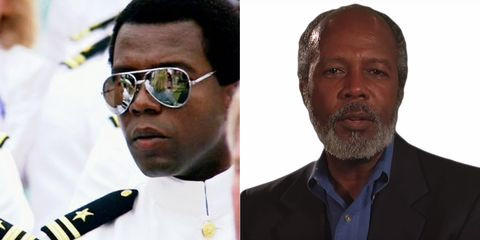 The actor who had a career that spanned 30 years, was best known for playing the computer hacker Theo in the hit movie Die Hard.

The actor who was born in Washington in 1955, enrolled at the US Air Force Academy before leaving after a year.

He also played football in Kansas before attending California State University in Long Beach where he signed up for an acting class.

Gilyard played the naval flight officer Marcus “Sundown” Williams in the 1986 film Top Gun. He also played Conrad McMasters, the right-hand man to the attorney Ben Matlock in the hit drama Matlock between 1989 and 1993.

Gilyard was also part of the cast in the 1990s crime series, Walker Texas Ranger.

Prior to his death, he was working as a theater professor at the University of Nevada, Las Vegas.