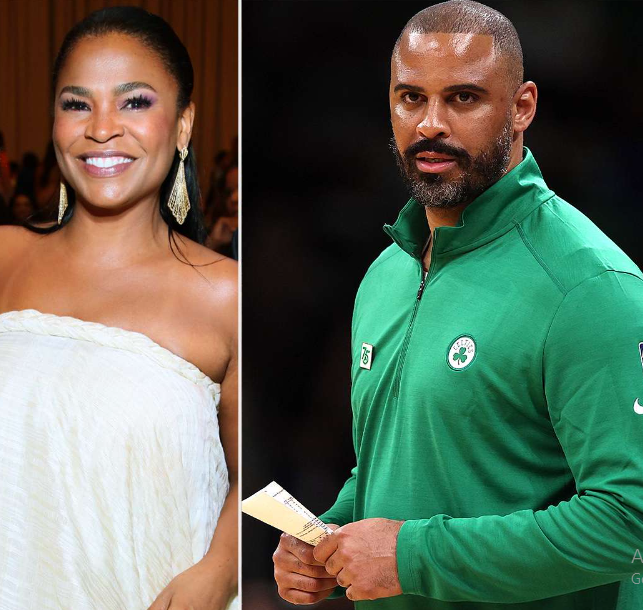 Nia Long has recalled the moment in September when her longtime partner, Celtics coach Ime Udoka, was suspended by the organization over an alleged affair.

In an interview with The Hollywood Reporter, Nia said: “I literally felt like my heart had jumped out of my body.”

Udoka, who helped lead the Celtics to an NBA Finals appearance in June, was barred from the team for a year after reportedly engaging in an improper and consensual relationship with a female member of the team staff, violating the franchise’s code of conduct.

Nia Long, 52, says the recent events have been “devastating” for their 11-year-old son, Kez, whom the actress took out of school as news of the scandal emerged.

She also slammed the Boston Celtics for how the organisation handled the fallout of her fiancé Ime Udoka’s suspension and affair.

She said: “I think the most heartbreaking thing about all of this was seeing my son’s face when the Boston Celtics organization decided to make a very private situation publi.

“It was devastating, and it still is. He still has moments where it’s not easy for him. If you’re in the business of protecting women — I’m sorry, no one from the Celtics organization has even called to see if I’m OK, to see if my children are OK. It’s very disappointing.”

Udoka, 45, joined the Celtics in 2021 after serving as an assistant coach for the Nets a year prior. Long, who got engaged to Udoka in 2015, supported Boston throughout its playoff run.

Although Long did not elaborate on the status of her relationship with Udoka, she spoke about the outpouring of support she received following Udoka’s alleged dalliances.

“What I found was this tribe of women and men who were standing up for me in a way that felt like I was in this bubble of protection, and that was very comforting,” she said.

Udoka apologized to his loved ones in a statement following his suspension for the 2022-23 season.

He said: “I want to apologize to our players, fans, the entire Celtics organization, and my family for letting them down.

“I am sorry for putting the team in this difficult situation, and I accept the team’s decision. Out of respect for everyone involved, I will have no further comment.”

Top 15 best football stadiums in the world and their location

Watching CCTV of how I was robbed is devastating