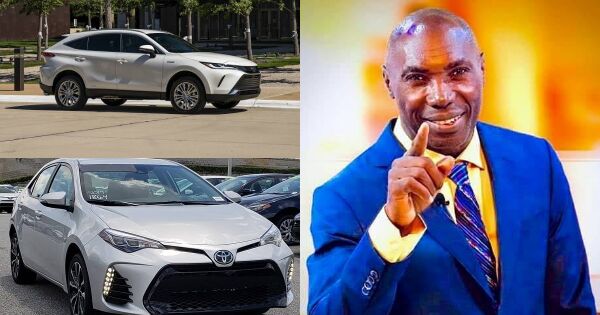 To get himself a new whip, a popular Ugandan clergyman, Prophet Samuel Kakande, has asked his congregants to make generous contributions.

Prophet Kakande, who is the head of The Synagogue Church of all Nations, Uganda, made the request to his members during a recent sermon where he enjoined churchgoers to donate KSh 36k (N130k) each.

“I want only 300 dollars from each one. We’ll contribute and then buy a good vehicle,” he said.

Quoting the scriptures to back up his request, the preacher read out Luke 6.38 as he encouraged them to give as they would be given back.

ALSO READ: Some pastors carry anointing – Mother of two admits to sleeping with her ‘Pastor’ to get pregnant

He explained that his car needs to be replaced as it has become old since members got it for him.

Prophet Kakande said the contribution was for those who love God and care about him.

“Do not push yourself. I am talking about those who love Kakande, it is not compulsory for me to pray for you; you must buy me a car, No,” the prophet said.

There was a scene in a commercial bus after a pastor berated a bus passenger for donating a small amount as an offering.

In a video clip shared by Instablog9ja on Instagram, the pastor rejected a N30 offering the bus passenger made.

The incident happened at a bus park in Benin, Edo state, where the pastor said N30 was too small and asked if the passenger could use the money to buy Airpods.

After another passenger chided the pastor for rejecting an offering, he responded by saying even Jesus rejected offerings in the Bible.