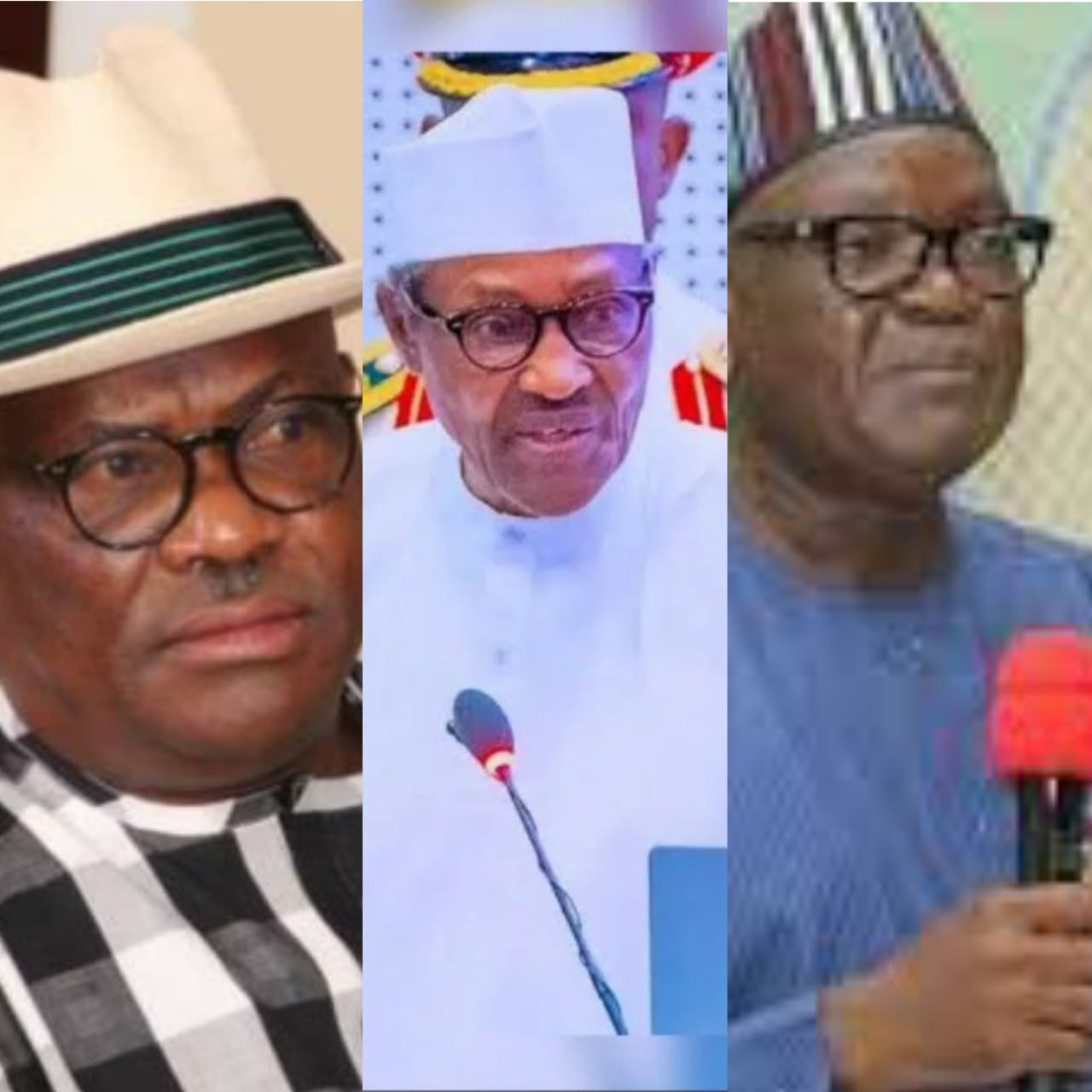 The Governors of Rivers and Benue States, Nyesom Wike, and Samuel Ortom, have challenged President Buhari to expose state governors who are stealing local government funds.

President Buhari in a speech delivered at the presidential parley for members of the Senior Executive Course 44 (2022) of the National Institute for Policy and Strategic Studies (NIPSS) at the State House, on Thursday, December 1, said that state governors steal allocations meant for local governments.

Reacting to the comment, Governor Wike while speaking at the inauguration of the Mgbuosimini Internal Roads in Rivers state, denied ever taking funds meant for the local government since he assumed office as governor in 2015. He challenged the president to name governors that are doing that as his statement could be termed class defamation.

In the same vein, his Benue state counterpart, Samuel Ortom, who was also at the road commissioning, denied touching funds meant for local government, saying that their funds go to them directly from the federation account.

”It is a logical fallacy to say that all governors are criminals; all governors are stealing from local government. I join governor Wike to say from 2015, let EFCC come, let ICPC come, let every other agency that can unearth this, as far as Benue State is concerned let them bring it out so that we know the people, there is no point generalising that all of us are evil people.

I don’t do it, I didn’t like it when the Federal Government enacted something and said local government should have financial autonomy, but from that day all monies are paid to the local government, and no single naira has been paid through anyone, all monies that come from the federation account go straight to the individual councils” he said