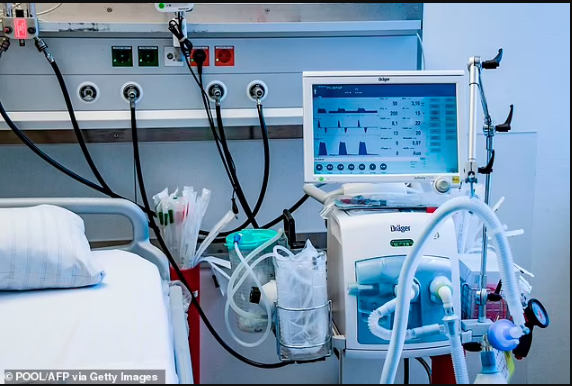 Hospital patient, 72, arrested on suspicion of attempted manslaughter for switching off her roommate’s ventilator because the sound annoyed her

Authorities in Germany have arrested a 72-year-old woman after she allegedly switched off a hospital roommate’s ventilator twice because she was annoyed by the sound it made.

The woman was jailed on suspicion of attempted manslaughter following the incident at a hospital in Mannheim on Tuesday evening,  November 29.

Police and prosecutors said in a statement that the suspect is alleged to have switched off a 79-year-old woman’s ventilator and, despite being told by staff that it was vital for the patient, switched it off again later in the evening.

The older patient had to be revived and, while her life is not in danger, still requires intensive care, authorities said.

The 79-year-old bed-bound neighbor was dependent on the oxygen supply, police and prosecutors said on Thursday.

The suspect was brought before a judge on Wednesday and taken to jail.

It is unclear what the elderly woman was suffering from when her ventilator was disconnected.