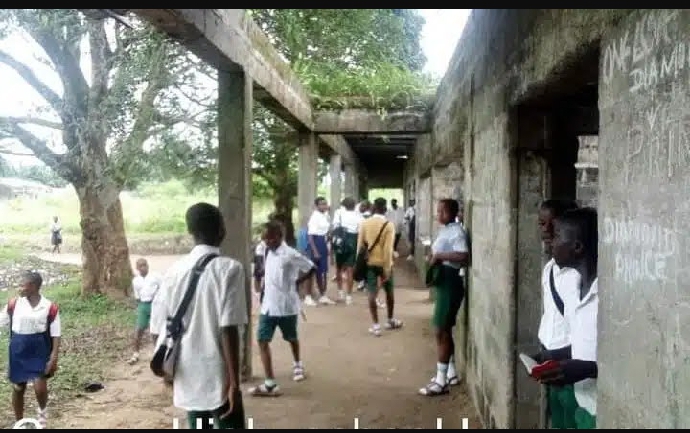 It was gathered that the two senior secondary school two students were allegedly engaged in the act, unknown to them that they were being recorded on video by one of their classmates.

Soon afterwards, the attention of the management of the school was drawn to the situation, when a male teacher stumbled on the video on the phone of one of the students the video was transferred to.

Punch correspondent gathered that the school management then invited the police from the Nkpolu Divisional Police headquarters in Mile, Port Harcourt, leading to the arrest of two students involved in the love triangle.

Also arrested were a male student who took the video and another of same-s3x whom the video was transferred to.

“I wanna do bad stuff with you” – DJ Cuppy teases her fiancé, Ryan Taylor