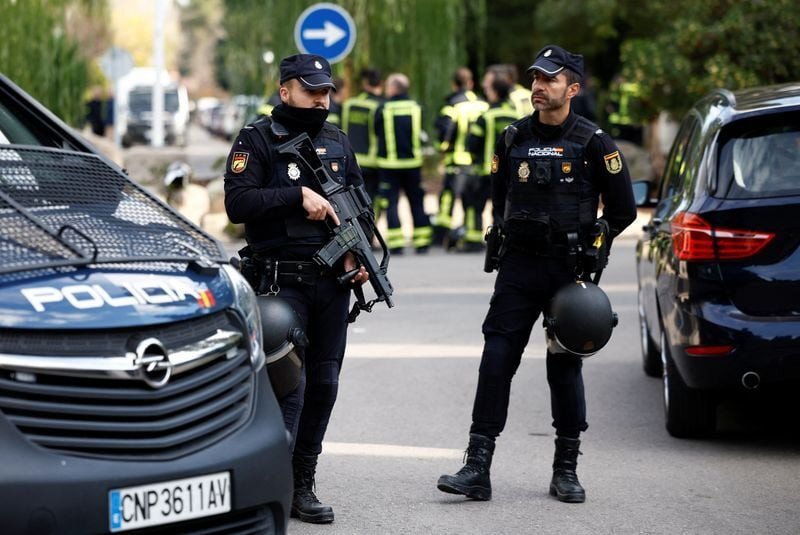 The Ukrainian Embassy in Madrid received a “bloody” package on Friday, similar to those recently received at other Ukrainian diplomatic institutions, Ukraine’s Foreign Ministry spokesperson Oleh Nikolenko said on Friday December 2 on Facebook.

Ukraine has put all embassies and consulates abroad under enhanced security measures after a series of incidents involving threatening packages, letter bombs and vandalism at its diplomatic missions.

It was the second evacuation of the Ukrainian Embassy in Madrid this week, just two days after a letter bomb detonated when an embassy employee was handling it. He was slightly injured, Spanish officials said.

The receipt of a suspicious package at the embassy on Friday, prompted an immediate evacuation but a Spanish police bomb squad said it determined the package did not contain explosives, Spain’s Interior Ministry press office said in a statement.

“The fact that its postmark is not from Spain, along with its characteristics, could mean it’s linked to the packages that have been intercepted in other Ukrainian embassies and consulates in different countries of Europe,” the Interior Ministry statement said.

Also, some letter bombs were received in recent days at the Spanish prime minister’s official compound, the United States Embassy in Madrid and other high-profile Spanish addresses, Spanish officials said.

Russia invaded Ukraine on February 28, 9 months later Russia has lost half of the territories it captured during the first weeks of the invasion and is battling an economic and military blackout by the West who back Ukraine.

10 simple steps to follow when making a career switch