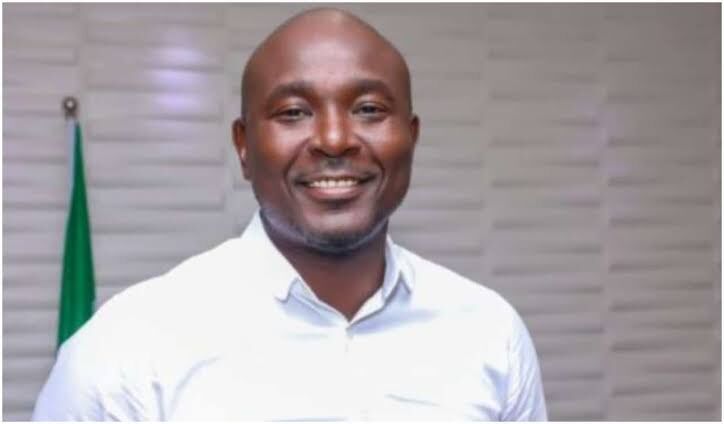 Oloye Akin Alabi is a Nigerian politician, entrepreneur, author and philanthropist. He is the author of the best-selling business and marketing books, Small Business Big Money and How to Sell to Nigerians. He is the founder of Nigeria’s first sports betting company, NairaBET.com. He is also the founder and owner of Lekki United FC.

Akin Alabi was born on March 31, 1977, in Ibadan, Oyo State. He attended Command Children School in Ibadan for his basic schooling and Federal Government College in Enugu for his secondary education.

Akin Alabi graduated from Lead City University in Ibadan, Oyo State, with a Bachelor of Science in Politics and International Relations.

He also attended The Polytechnic, Ibadan, where he obtained a Higher National Diploma in Business Administration.

Akin Alabi has a Masters of Science (Msc) in Marketing from the University of Liverpool in the UK. He also has an Intellectual Property Strategy Certificate from Harvard University in Boston, Massachusetts.

Akin Alabi began his entrepreneurial career by creating and marketing books, manuals, and other informational items in 2003. After that, he established his seminar and training business, specialising in imparting knowledge and offering advice to other young people launching their small businesses.

Akin Alabi got the idea for NairaBET when he visited the United Kingdom and went to a sports betting shop. He created an information manual about it and sold it online. The product’s success prompted him to start his own online sports betting platform in Nigeria. Nairabet.com has its headquarters in Lagos, with its nationwide operation regulated by the National Lottery Regulatory Commission.

Akin Alabi is involved in the Nigerian entertainment industry. He is the founder of Nightlife.NG an online portal that showcases and reports the nightlife industry in Nigeria.

Akin Alabi is a member of the All Progressives Congress. Previously, he was in the Peoples Democratic Party (PDP). He announced his ambition to run for a seat in the Federal House of Representatives of Nigeria.

Akin Alabi left his position as CEO of Nairabet on June 20, 2019, to focus on his political campaign. He was announced as the All Progressive Congress’ House of Representatives candidate for the 2019 general elections for the Egbeda/Ona Ara federal constituency in Oyo State on October 5, 2018.

Alabi assumed leadership of the house committee on intergovernmental affairs on July 25, 2019.

Alabi submitted a motion to dissolve the police force’s Special Anti-Robbery Squad (SARS) on October 6, 2020. He argued in support of the motion that “policing in Nigeria continues to lag behind modern practices where citizens should be treated with the utmost respect and decorum, making it very difficult for the average citizen to truly trust that the police are their friends.”

On December 15, 2020, Alabi made a motion to prevent the Federal Government from purchasing guns for the Federal Road Safety Corps, despite the alarming rise in insecurity on Nigerian roads.

Alabi was honoured as the Federal Legislator of the Year by Nigerian Students Merit Awards in 2020 due to the noteworthy changes he had made to his community, Egbeda/Ona Ara, in areas including welfare programs, community assistance, infrastructure, and human capital development.

Alabi has also put forth significant legislation and motions, including those to alter the Criminal Justice Act’s administration, stop APCON from harassing online enterprises, and amend the Constitution to allow female Nigerian citizens to transfer their citizenship, to name a few.

Alabi made a motion to stop the overuse of online loan providers in the nation on November 9th, 2021. In his motion, he claimed that these businesses had violated the Nigeria Data Protection Regulation’s requirements for fair and lawful processing of personal data. He urged the Central Bank of Nigeria to better regulate these financial service providers and the National Information Technology Development Agency (NITDA) to ensure strict compliance with the Nigerian Data Protection Regulation by all online loan providers.

Akin Alabi is active in charitable endeavours. He is the creator of the non-profit, non-governmental Akin Alabi Foundation, dedicated to enhancing the standard of living in Nigeria. The foundation has successfully carried out projects such as constructing and donating classrooms to primary schools, sinking boreholes in areas where there is a water shortage, providing financial empowerment to widows, and hosting the Youth Enterprise Conference, a free event that promotes entrepreneurship and career development, which is held yearly at the Eko Hotel and Suites in Victoria Island, Lagos.

Akin Alabi, a politician, is extremely wealthy, with a net worth estimated at $47 million based on the value of his businesses. He was previously listed, along with Shola Akinlade, the founder of Paystack, as one of the top five richest internet entrepreneurs in Nigeria in a Nairaland.com post.

He is married and has kids.

Akin Alabi is known for frequently disseminating soundbites on how to run a small business and accumulate wealth. As a result, he is regarded by many Nigerians as one of the most respectable figures in the country’s political and business sectors today.

Football is his passion. He supports Ibadan’s Shooting Stars Sports Club (3SC), which is sponsored by his business, NairaBET. He also supports Manchester United FC, for which he has season tickets.