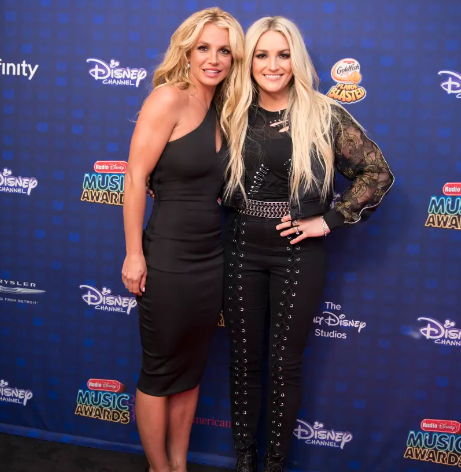 Britney Spears shocked her followers when she posted a tribute to her younger sister.

Britney Spears and Jamie Lynn Spears fell out and have called each other out publicly.

However, on Friday night, Dec. 2, as Britney celebrated her 41st birthday, she posted a tribute to her estranged sister Jamie Lynn Spears, 31.

Britney wrote: “It’s my b-day but you’re my heart so I’m thinking about you.”

She added: “Congratulations on being so brave, inspiring, and showing guts and glory in your show !!!. You ain’t alone … if anybody knows what that feels like … I get it. My baby sister !!! I love you !!!”

In January, Jamie Lynn received a cease and desist letter from Britney’s attorney ahead of her book tour for her memoir, “Things I Should Have Said.”

Britney also made two separate posts in honour of her sons, who have also become estranged from her.

She professed her love for them in the post and said she would give anything to touch them.

“You have no loyalty for your people. Davido will never do this” – Uche Ogbodo slams Wizkid over comment on rap

“Don’t your fathers like older women?” Uche Ogbodo slams critics who shame her for dating a younger man