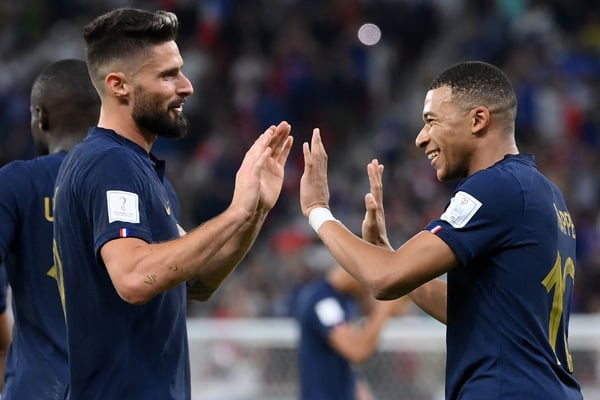 France advanced to the quarterfinals of the 2022 World Cup after earning a dominant 3-1 win over Poland in a round of 16 match at Al Thumama Stadium in Qatar on Sunday, December 4.

The first goal came from Olivier Giroud, who capitalized off a pass from Kylian Mbappé in the 44th minute and gave France a 1-0 advantage. The goal which was Giroud’s 52nd career international goal with France, broke the tie he had with Thierry Henry atop the country’s all-time goals list.

Mbappe did not miss in the 74th minute, as he unleashed a missile from just inside the penalty area that shot into the top corner. He added a second goal in stoppage time with another screamer to seal the win and take his total for the tournament to five.

Poland got a consolation goal from a Robert Lewandowski penalty.

France will next face the winners of the England versus Senegal game, which is being played at the moment.