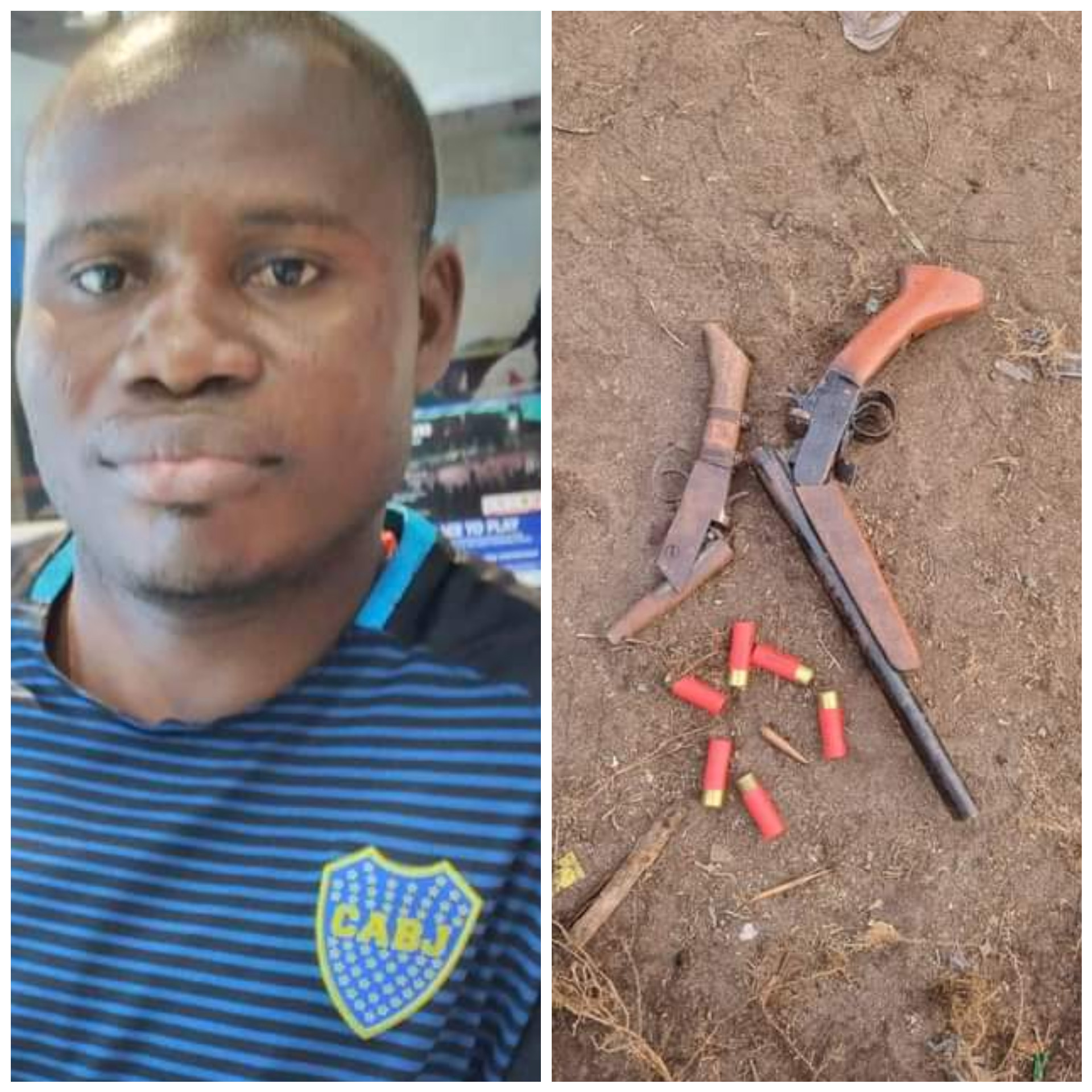 Operatives of Delta State Police Command have killed two notorious suspects who have been on its wanted list for their criminal exploits in Warri and other parts of the state.

The deceased suspects, 29-year old Gift Famous aka ‘Bobone’ and 25-year old Edafe Friday Onaibe aka ‘LASLAS 1500’ were shot dead in a gun duel with police operatives at Opete community in Ovwian-Aladja in Udu Local Government Area of the state.

Spokesperson of the command, DSP Bright Edafe, who disclosed this in a statement on Sunday, December 4, 2022, said the suspects were members of the dreaded ‘Momotimi gang’

He said before the duo gave up the ghost, they confessed to several robberies, assassination, including the murder of one Douglas Abugu, a youth leader in Ekpan community.

Abugu, a father of four from Udumoto quarter, was murdered on August 18, 2022.

Gift Famous confessed to killing Abugu because he took over the position of quarter chairman from him when he (Gift) was in prison.

One locally made single barrel pistol, one cut-t-size locally made double barrel gun, six live cartridges, and one round of 7.62 AK47 live ammunition were recovered from the suspects.

“On 2nd December 2022, the DPO Ovwian Aladja, CSP Aliyu Shaba, acting on a tip off that two members of the dreaded “Momotimi” Gang were sighted in a Beer Parlour at Opete community in Owvain Aladja, Udu LGA,” the statement read.

“The DPO Ovwian Aladja Division, mobilized and led a team of Police operatives to the scene where they found the duo of Gift Famous A.K.A “BOBONE” ‘m’ aged 29yrs, and Edafe Friday Onaibe A.K.A ‘LASLAS 1500’ ‘m’ aged 25yrs of Enerhen, both of whom had long been on the Command’s wanted list for their criminal exploit in Warri and other parts of the State.

“The duo on sighting the Police fired gunshot at them, in a bid to escape and the Police operatives returned fire while giving them a hot chase and in the ensuing gun duel, both suspects were fatally wounded.

“However, on their way to the hospital the suspects confessed to several robberies, assassination, including the murder of one Douglas Abugu in Ekpan on 18/8/2022, because he took over the position of quarter chairman from him when he (Gift Famous) was in prison, and he could not get back his position when he returned, hence his decision to kill Douglas. He also confessed to the murder of one “small doctor” in the same Ekpan axis on 22/8/2022.

“He further revealed that he is responsible for the attempted kidnap/murder of one man(name withheld) in Ekpan, where they shot him in a bid to kidnap him.

“Both suspects who were fatally wounded in the gun duel died before getting to the hospital. manhunt for the other members of the gang is ongoing.” he added.

The Commissioner of Police, CP Ari Muhammed Ali, solicited for more support from members of the public, especially in the area of giving timely, credible and useful information to the Police.

The CP also advised parents/guardians to caution their children/wards, especially the youths to desist from crime, noting that there is obviously no light at the end of the tunnel for any criminal as the end is always predictably disastrous.

I’m NOT Wike’s ‘Errand Boy’, Ortom Fires Back At APC

Cynthia Morgan abandons her dream to get a Grammy as she becomes a prophetess.