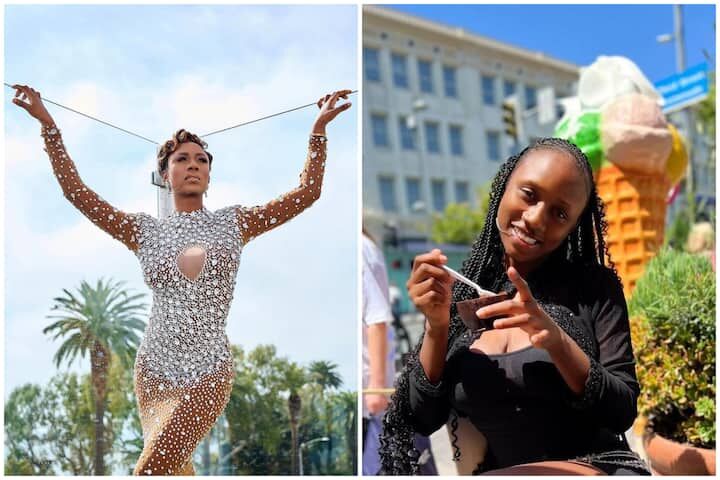 She is from Delta State.

She is popular for sharing dance videos on social media.

Korra Obidi was born on June 23, 1994, in Oshimili, Delta State. She spent some of her teenage years in her birthplace before moving to Lagos. She was born into the family of Mr Anthony and the late Mrs Pauline Obidi and is the third of three children.

She had her secondary school education at Command Secondary School in Ojo, Lagos, before proceeding to the University of Lagos to study Business Education.

The professional dancer and musician discovered her talent as a teenager. She was raised in a strict religious household, so she found herself in the church choir and youth ministry.

In the early years of her career, she faced much criticism and opposition from her parents and the church. She started dancing professionally for top Nigerian artists when she was in university and trained as a belly dancer and classical Odissi both in Cairo, Egypt, and Lagos under Priti Mastakar.

Korra Obidi made a name for herself in the music industry with the release of her first official single Man Like You, and an Extended Play titled Woman Power in 2015. This body of work combined virtually every genre of top-tier music, including afrobeat and R&B. Her single, Africa, received widespread acclaim, and her 2018 release, Parkwell, peaked at number four on Nigeria’s music charts.

Additionally, Korra Obidi emerged as a model to watch after winning Miss Radiography at the University of Lagos in 2009, Miss Moremi at the same institution in 2010, and Miss Congeniality for Miss Global Nigeria in 2014. She was a prominent model in the Black Eye Peas’ Wings music video and walked the runways during the GTBank Fashion Week and the Port Harcourt International Fashion Week.

She has dropped amazing songs and visuals. Some of them are;

Cutie Julls, a contentious blogger, claimed that Nigerian singer-songwriter Tobechukwu Victor Okoh, also known by Peruzzi, had an affair with dancer Korra Obidi while she was still married to Justin Dean.

Dr. Justin Dean, an American chiropractor and father of two, recently announced that he is divorcing the popular Instagram dancer after accusing her of being narcissistic, unfaithful, and irresponsible.

The announcement shocked numerous followers of the famous pair, who were well-known for posting cute family images and dance videos on social media. In addition to their apparent perfect union, Korra Obidi recently gave birth to their second child.

The doctor clarified that he was tired of being used as a pawn. He also claimed that Korra Obidi had cheated on him and labelled her a narcissist. Expectedly, his admission prompted a discussion on social media.

A group of female Twitter users are arguing over the doctor’s decision to divorce his wife just one week after she gave birth to her second child. They criticize the doctor for his decision.

Full-time performer Korra Obidi has an estimated net worth of $350,000, although this figure is unconfirmed.

The American actress and her doctor spouse, Justin Dean, exchanged vows in December 2018. They have two daughters. Their second kid, Athena Dean, was born in March 2022, and their first child, June Dean, was born in 2019.

In April 2022, the entertainer’s spouse Justin Dean supposedly posted on Instagram that they were getting divorced. Korra Obidi declared on social media during a live session in November 2022 that her divorce was final.

Where is Korra Obidi from?

Korra Obidi is from Oshimili, Delta State of Nigeria.

In addition to being nominated for prestigious awards, Korra Obidi’s work was recognized once more with a nomination for Africa’s Best Dancer at the 2017 AFRIMMA Awards.

Man Arrested For Driving A ‘Fake’ Ferrari In Italy