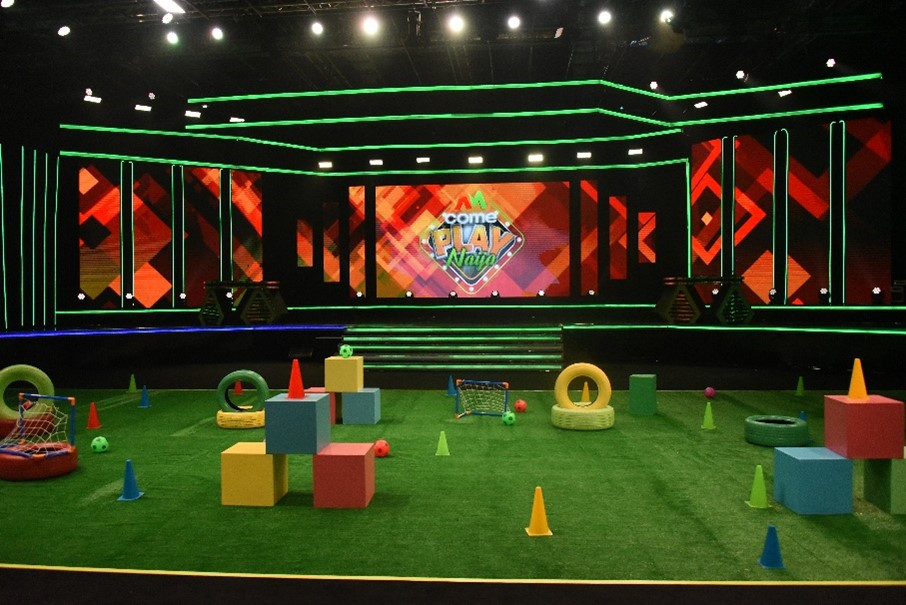 The last episode saw Team Orange and Team Blue compete against each other. Both teams hit the ground running and amassed the sum of N180,000 each in the trivia games. Team Orange took the lead when they won an additional N50,000 by answering the bonus question.

The second obstacle course tagged the Inverse Pyramid Challenge, proved almost insurmountable for the teams but, Team Blue rose to the challenge and earned a reward of an additional N300,000. Team Blue continued their campaign to secure an undoubtable win when they snapped up another win in the Guess the Song bonus question worth N50,000, but with Team Orange winning the third obstacle course challenge, a bounty of N300,000 was added to their kitty placing them in the lead with N930,000.

Unfortunately, Team Orange lost that lead and half of their winnings when they couldn’t find the black ball in the final obstacle course. Team Blue found theirs in the last second and won the grand prize for the round of N1,000,000; putting their cash winnings at a total of N1,830,000. Sadly, Team Blue only went home with N465,000 half of their previous total. In addition – to sweeten the deal – Team Blue also won free spa sessions in the spin the wheel segment.

The studio audience was not left out of the fun. The show host Hero Daniels introduced the Maltina Drink Challenge. Two audience members representing Team Orange and Team Blue were tasked to finish a can of Maltina in the shortest time possible. Team Orange won and was rewarded with cans of Maltina.

Come Play Naija is brought to you by Africa Magic and proudly sponsored by Power Oil.

For more information on #AMComePlayNaija and other Africa Magic programming, visit

Kanye West, 45, and girlfriend Juliana Nalu, 24, split after two months of dating as the model declares she is ‘single’