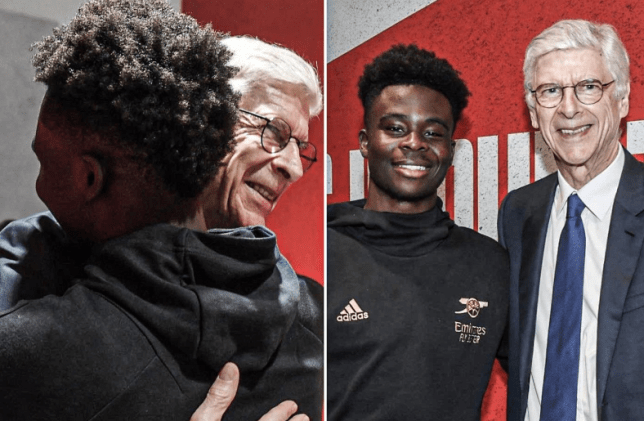 Arsene Wenger described his emotional return to Arsenal as ‘fantastic’ and believes Mikel Arteta’s side have all the ingredients required to end their near 20-year wait to win the Premier League title.

The club’s legendary former manager left under something of a cloud in the summer of 2018 after 22 largely successful years the helm.

Hurt by the ruthlessness the club’s owners and chief executive at the time, Ivan Gazidis, displayed in ousting him when he still had one year left on his contract it has taken time for wounds to heal.

With one of his former captains having masterminded a spectacular revival and another of his former charges, Edu, the club’s technical director, Wenger finally made his Emirates Stadium return on Boxing Day.

The 73-year-old witnessed the Gunners come from behind to beat West Ham 3-1 following a spirited second half fightback which saw goals from Bukayo Saka, Gabriel Martinelli and Eddie Nketiah.

Afterwards, Wenger was photographed in the tunnel area meeting some familiar faces and some who, including Saka, had never had the privilege of spending time in his company.

Asked what it mean to be back after such a lengthy absence, Wenger told Tv2: ‘It was fantastic. But I don’t want to talk too much about that.’

Pressed as to whether the current leaders, who enjoy a five-point lead over Manchester City, can go all the way, he added: ‘It was a fantastic display (against West Ham). Arsenal gets stronger and stronger. It was one way traffic.

‘I think they have all the necessary ingredients, both tactically and mentally. They can go all the way.

‘Because, as you see, they create so many chances. I actually see no weaknesses.’